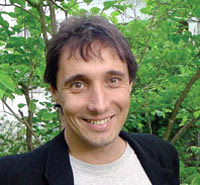 On Saturday I posted my review of The Butcher’s Tale. Tonight I am posting an exchange of email letters I had with the author, Professor Helmut Walser Smith that he agreed could be posted. For readers of the post who do not want detail about a non-fiction book and its conclusion it would be best not to read the letters.
****
Melfort, Saskatchewan, Canada


My younger son, Michael, has been studying history and German at the University of Calgary. This winter he took a course in which he read The Butcher’s Tale. He recommended the book to me and gave me his copy before he left for Kassel earlier this month to complete the German portion of his double major.


After finishing a book I like to write a short personal review.
Here is my review:


Instead of repeating the review you can click on the link above.


I enjoy reading history and mysteries. It is great to have a book combining those interests.


During the day I am a lawyer with much of my practice involving litigation and have taken a look at the evidence in The Butcher’s Tale as a lawyer.


The evidence supporting the conclusion that Bernhard Masloff from the Jewish community was the killer seems weak and inconclusive to me.


I thought the evidence was strongest against the Butcher Hoffman.


If there was seduction involved I would see an 18 year old more likely to seduce another teenager than a married woman.


I did not see an explanation of where Masloff would have access to the knives and cleavers for cutting up Ernst Winter. Unless one knife did it all I find it hard to believe Masloff would have the necessary knives and cleavers. Did he have the full range of butcher’s tools? While forensic analysis of the time would be limited it should have been possible to determine whether multiple tools were used. In the end it would be more likely for a butcher to have everything necessary.


It would seem difficult for Masloff to conceal the blood and mess from carving up a body in his home. It would be far easier for a butcher to conceal the evidence.


Changing the analysis, in considering sexual liaisons, did the investigators consider a liaison between Ernst and a Jewish girl? In the book they seem to have only considered Ernst dallying with non-Jewish women.


If he corrupted a young Jewish woman it would certainly have been possible for a Jewish member of the community to have killed him for reasons that had nothing to with blood rituals.


I hope you find the time to explore other legal cases from a historian’s perspective. This mystery history was well done.

Thank you for sending along your kind review and comments about my book. I was also very intrigued by your observations as a lawyer. One reason I left the case open is of course that there was for Maslow, as you rightly point out, inconclusive evidence. This has partly to do with criminal investigations of the time. Less than 50% of the murder cases were ever solved. It also has to do with the very late date in which they took Masloff seriously as a suspect, so that had there been a mess in the cellar (and had the murder taken place there), roughly a year had already passed.

Yes--it was perhaps more likely for Winter to be with a teenager then a married woman, though in the social class to which Maslow belonged, these things happened. I don't have the book with me, and the material is now over six years old, but I think the age difference was not that far apart.

In the documents, there is no detailed information on which utensils were used. You are right to think that this should have been a major consideration. There was some suggestion however that the cuts were amateurish, though not clueless.

The anti-Semites tried to show that Winter was dallying with Jewish girls. But there was no evidence. Precisely because Jewish communities were so nervous about blood libel charges, the thought that they might retaliate if a Christian boy seduced one of their girls seems unbelievable. In fact, the Jewish community was extremely small compared to the Christian.

Finally, I actually suspect that neither Maslow nor Hoffmann killed Winter, but someone else. The dilettantish investigations made figuring this out impossible--at least for me.

Thanks again for your comments, best, helmut