"C" is for Robert Crais 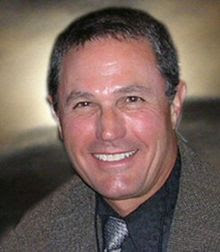 In looking at “C” surnamed authors for this week’s contribution to the 2012 Alphabet in Crime Fiction meme hosted by Kerrie Smith at Mysteries in Paradise I had 22 different choices. Either “C” is a popular first letter surname of mystery authors or I may be unconsciously selecting “C” authors. After going through the list I selected Robert Crais. Of my “C” options my favourite authors are Crais and Michael Connelly. Having recently written about Harry Bosch I chose Crais.


He was born in Louisiana in 1953. Goodreads states:


He purchased a secondhand paperback of Raymond Chandler’s The Little Sister when he was fifteen, which inspired his lifelong love of writing, Los Angeles, and the literature of crime fiction. Other literary influences include Dashiell Hammett, Ernest Hemingway, Robert B. Parker, and John Steinbeck. 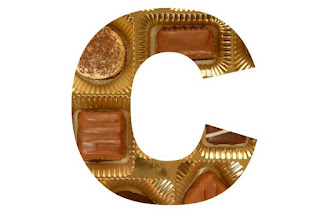 In his family he had 3 uncles and 2 cousins who were police officers.


He moved to Los Angeles in 1976. He found work writing scripts for such T.V. series as Hill Street Blues, Cagney and Lacey and Miami Vice. He received an Emmy nomination for work on Hill Street Blues.


He turned to writing mysteries in the 1980’s. After his father’s death he created Elvis Cole who debuted in The Monkey’s Raincoat. The book was an immediate success being an Anthony Award winner, a Macavity Award winner, an Edgar Award nominee and a Shamus Award nominee.


Books have flowed steadily during the last 27 years with 15 books in the Elvis Cole / Joe Pike series and 3 additional books.


Crais has stated that he writes with the intention that readers do not have to start at the beginning to enjoy the series. He wants readers to be able to jump into the Elvis and Joe series in any order.


His website says in lives with his wife, 3 cats and thousands of books. He is obviously a book lover as well as a book writer.


In the Elvis / Joe series I noted from the start in The Monkey’s Raincoat the vast differences in personalities between Elvis and Joe. Elvis has always been light hearted cracking jokes and making clever comments. Joe has been sinister from the beginning. I noted in my review of the book a quote from Joe that sent a chill up my spine:


“He won’t know what happened, Elvis. No one will. Ever. They’re gone. It’s like they never were.”


As the series developed I have not enjoyed as much the books featuring Joe. His taciturn nature and constant use of violence to solve issues have discouraged me. After a couple of year break I am going back to reading the series later this year.


My favourite Crais book is Demolition Angel. I devoured that book. Carol Starkey on the L.A. bomb squad was a great character in a genuine thriller mystery. It won Bill’s Best of Fiction for 2001.
Posted by Bill Selnes at 12:20 AM