“D” is for William Deverell 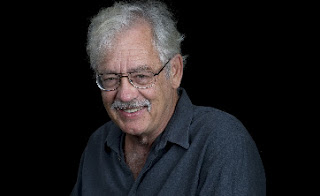 I have chosen Canadian author, William Deverell, for the letter “D” in the Alphabet in Crime Fiction meme hosted by Kerrie Smith at her blog, Mysteries in Paradise.


I confess (a bad word for defence counsel) that I had not read this fine author’s books prior to 2011. Compounding my regret, he is a fellow lawyer whose practice focused on criminal law. Lastly, my guilt was exacerbated by both of us being graduates of the College of Law at the University of Saskatchewan. 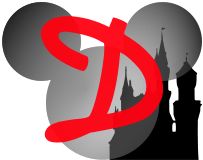 Deverell, now 75, worked for several years as a journalist before attending law school in Saskatoon. While in law he was night editor for the Saskatoon Star-Phoenix newspaper. After law school he moved to Vancouver where he had a distinguished career as a member of the criminal defence bar. (It was reported he did some prosecutions.) His website said he was counsel in 1,000 cases including 30 murders. Considering the length of his career I expect he actually represented far more than 1,000 people charged with offences.


He won an Arthur Ellis Award in 1997 for Trial of Passion, the first book in the Arthur Beauchamp series. It was the first Deverell book I read and I thoroughly enjoyed the skillfully written book with absorbing courtroom scenes.


I admire his ability to create court dialogue that sparkles far brighter than real courtroom exchanges. I appreciate even more that his courtroom action follows the real rules of court. He demonstrates my belief that excellent courtroom scenes can be written within the rules.


In researching this post I learned from the author’s website that his actual home on Pender Island played a role in Trial of Passion as the fictional home to which Beauchamp has retreated to the Gulf Islands from the demands of Vancouver life.


Each of his books is rich in humour. Being funny is important to Deverell. It is a rare mystery author who has a mystery nominated for the Stephen Leacock Prize, the leading humour in fiction award in Canada.


One or more political issues appear in each book. In I’ll See You in My Dreams the issues of Indian Residential schools are a part of the plot both in the early 1960’s and 50 years later.


Asked by Canadian Living magazine how much Beauchamp resembles him, Deverell deftly replied:


He wrote the screenplay Shellgame for CBC-TV drama, which served as the pilot for CBC's long-running series Street Legal, and he is the creator of that series, which has run internationally in more than 80 countries. He also authored several one-hour radio plays performed by the CBC in the Scales of Justice series and numerous film or TV scripts.


With regard to public advocacy he was a founding member of the B.C. Civil Liberties Association.


He has provided advice to other writers. On Allyson Latta’s blog Deverell provided 10 writing tips. I found No. 8 most interesting:


8. Roam your “wooded hills” (wherever they may be). Writing is solitary and sedentary, but that doesn’t mean a writer always has to be. In Costa Rica, Bill gets up at six every morning and takes a walk down the hill from his home to the beach and back before settling down to write. He likes to quote the German physicist Helmholtz, who said that great ideas come not at the worktable or when the mind is fatigued, but “come particularly readily during the slow ascent of wooded hills on a sunny day.