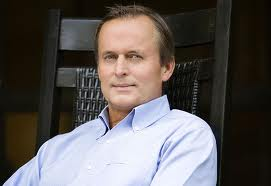 On Monday I put up a short profile of John Grisham’s legal career. Tonight I am looking into his legal mysteries. In these books I can see several views Grisham holds on the practice of law and a few thoughts of my own.


In his books you can see his dislike, even disdain, for the legal factory approach to the practice of law of many huge firms. In The Associate (Kyle McAvoy grinding away in New York City) and The Litigators (David Zinc toiling in Chicago) he vividly portrays the all consuming billing expectations of the big firm. 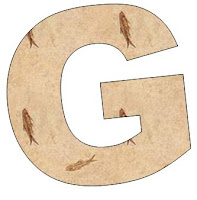 At the same time he has little regard for the mass tort plaintiff lawyers of America. To Grisham they appear to be the equivalent of the traditional big firm in their devotion to money and using, sometimes abusing, the law in a rush to generate huge earnings for the lawyers. In The King of Torts he portrays a young lawyer, Clay Carter, caught up in the maelstrom of mass torts.


Having participated in some national class actions in Canada I find Grisham over-states matters with regard to mass torts. Major class actions have gained awards for people who could never have afforded individual lawsuits. There are few individual lawyers able to pursue a single case against a major company without fees as Grisham does in The Rainmaker. I hope Grisham find a worthy class action in a future book.


Grisham appears to have his highest regard for the lawyers of small firms pursuing justice for their individual clients. The Litigators is probably the best example. He is not blind to their faults. Oscar Finley and Wally Figg are shown as just as grasping for money as big firm and mass tort lawyers but Zinc, after leaving the big firm, is a young lawyer doing the best he can for people in trouble in the small firm.


In my review of The King of Torts I said:


Grisham follows his formula that a lawyer's greed will not ultimately profit from shifty or unfair practice.


Grisham dislikes lawyers who use their position as lawyers to exploit law rather practice law. One of my least favourite of his books, The Broker, best illustrates this opinion as former power broker and lawyer, Joel Backman, is unexpectedly pardoned but then pursued by many powerful interests.


I have often thought his best books were those which returned to lawyers in small firms in his personal heartland of the southern U.S.


A Time to Kill is an exceptional story of the collision of justice and prejudice in Mississippi. From struggling to sell the initial 5,000 copies Grisham says it has gone to sell 16,000,000 copies.


I thought The Summons and The Appeal effectively evoked the South as well.


Next to A Time to Kill I think The Last Juror is his best southern legal mystery. Among the issues covered are new relations between black and white Americans a generation after A Time to Kill.


I regret that the lawyers opposing his protagonists are rarely shown with virtues. The negative approach, most evident in The Confession, makes for a sharper divide but I prefer Robert Rotenberg’s approach of respect for lawyers on both sides of the courtroom.


He does use his books to express personal legal views. His opinion on the death penalty has evolved. From the Guardian article referred to in my last post:


Even as a criminal defence lawyer, who had handled murder cases although not capital cases, he says he didn't really think about the issue until researching The Chamber on a Mississippi death row. "I was talking to the chaplain in the holding room, a tiny cell where the inmate has his last 30 minutes of life before they walk him next door. It is a very cramped, dark and surreal space. The chaplain said to me: 'John, you are a Christian?' I said yes. And he then said: 'Do you really think that Jesus would condone what we do here?' I said 'No, he would not'. The chaplain nodded, and in that moment I did a 180 on the death penalty. It was a remarkable feeling."


The Confession was a searing indictment of a rush to judgment and injustice in a death penalty case.


Continuing from the Guardian article:


But if I can take the wrongful execution of a man in Texas to make people stop and think about this rush to execute people that we have in this country, I will. If I have access to a soapbox, then the least I can do is occasionally use it."


I have always found Grisham a credible writer of trials with a remarkable ability to create interesting lawyers.
Posted by Bill Selnes at 10:36 PM