Q & A with Michael Redhill on his Pseudonym Inger Ash Wolfe 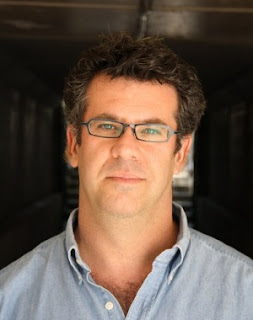 Last Friday Canadian author, Michael Redhill, wrote an article for the Globe & Mail newspaper in which he revealed he is the author of the Inger Ash Wolfe mystery series featuring sleuth, Hazel Micallef.


His bio on the University of Toronto website shows he was and is a prolific writer in many genres before and after he started writing mysteries:


Michael Redhill is a poet, playwright and novelist whom has written two novels, a collection of short fiction, three plays, and five collections of poetry. His play, Building Jerusalem (2001) garnered him the Dora Award, the Chalmers Award, and a nomination for the Governor General’s award. His first novel, Martin Sloane (2001), won the Books in Canada First Novel Award, the Commonwealth Writer’s Prize, and was also nominated for the Giller Prize, the City of Toronto Book Award, and the Trillium Book Award. His most recent novel, Consolation (2006), won the City of Toronto Book Award and was also longlisted for the Man Booker Prize. He has acted as an editorial board member for Coach House Press, and is one of the editors, and former publisher, of Brick Magazine.


After reading the article I sent some questions to Michael to which he promptly replied. This post has my email and his reply. I very much appreciate his quick reply and candid answers.


Thanks for your message and your questions. I've visited your site a number of times in the past and read many of your posts with interest. I've answered your questions below as best I can. Please feel free to write back with anything else you might want to know.

I was very interested to read your article in the Globe identifying yourself as Inger Ash Wolfe.


I have been writing a blog Mysteries and More from Saskatchewan for over 1 1/2 years and have written posts about Who is Inger Ash Wolfe?


I also participate in a forum of mystery review bloggers from around the world.


I would like to ask you a few questions. I am putting up a post tomorrow about Inger Ash Wolfe's identity now being public. If you have time to answer the questions by tomorrow I will put your answers in the post. If you are able to answer later I will post them at that time.


1.) When the first book was published you were noted as the potential author. You provided a carefully worded reply that on the advice of a lawyer you were not going to say anything. Why did you not reveal yourself at that time?


I still can't talk about the circumstances around which I had to get legal advice since it concerns a criminal act by a third party. At the time, I was advised to say "no comment" about anything regarding the series for my own safety. However, I would not have "revealed" myself at that time anyway, for that reason or any other, as I intended, at the time, to keep my authorship of the IAW books to myself permanently.


2.) At the same time I was writing about the speculation on who is Inger Ash Wolfe in New Zealand there was a flurry over author, Greg McGee, coming out as the mystery author, Alix Bosco. In my post I described his original reasons for a pseudonym:


"He said that he had used the pseudonym as he was   convinced the book would not get a fair chance to succeed if readers knew the author was a man, especially a man known as a rugby player, whose lead character was a woman. His decision was confirmed by a panel of readers. The two who knew he was a man did not find it credible. The three who did not know had no problems with credibility."

Did you have any comparable concerns? Did you get any responses that suggested it was better for reader credibility to have a female author creating the female sleuth?

None at all. The decision to have a female protagonist was organic to my own writing process and the decision to create Inger as the author happened exactly as described in the Globe essay. I don't know if the process is different for rugby players, but my feeling is that unless you are writing pure autobiography, every character a writer puts on the page is an act of embodiment, whether the character is male, female, old, young, of another race or from another planet. Verisimilitude in writing character comes from the writer's willingness to get close, and his or her ability to see from another's point of view; creating the author for the series followed the same process. I never hesitated in creating a female detective or a female writer, just as I didn't hesitate to write in female first person in Martin Sloane, or create female characters for the stage. I also would never offer my work to a "panel of readers" to help me make creative decisions.


3.) You have prominence as a literary writer. I know your article in the Globe did not attribute any reason for the pseudonym to that background but did your literary background have any influence on going with a pseudonym when you chose to write mysteries?


No. I wanted to experiment with my career, and experiment with my writing process. There was a lot of speculation about this, and no doubt it will continue, but I am not so well known as a literary writer that changing gears would have any effect on me or my readership. Or at least I didn't think so at the time. I guess I'll find out now.


4.) Did your publisher ask that Inger Ash Wolfe not be considered for any literary awards for women? I would request the reasoning whether the answer is yes or no.


I'm not aware that they did or didn't.


5.) Did you enjoy the speculation swirling around the identity of Inger Ash Wolfe?


Not particularly. It was not a publicity stunt, and although I knew people would try to guess, I'd hoped the interest would die off and Inger would go on just as herself. Perhaps it was a mistake in the first place to admit it was a pseudonym. If I could do it again, I would simply have sent her out into the world without any connection to anything or anyone.


6.) Do you think using a pseudonym is a good idea for a writer in our digital age?


I don't know if I have an opinion. In our digital age, I think writing is even harder (as is publishing) than it's ever been, and any impediment you put between yourself and the reader could be something you spend precious energy fighting against. But if an author finds a reason organic to their writing life to do it, it can be freeing, engaging, and enjoyable.


Thank very much for your interest, Bill. I appreciate it.


Thank you for considering my questions.


I am looking forward to reading the 3rd in the series.