"S" is for Josef Škvorecký 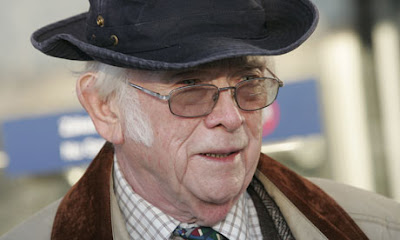 The end of the alphabet is in sight on The Alphabet in Crime Fiction 2012 meme of Kerrie Smith at her blog Mysteries in . After looking through a significant number of “S” authors I have chosen to profile Josef Škvorecký, a Czech writer who, after fleeing Czechoslovkia in 1968, moved to . He died in 2012. For this profile I am going to draw on the numerous obituaries on the internet of Škvorecký for their assessments of this distinguished author and publisher.

From The Telegraph newspaper: 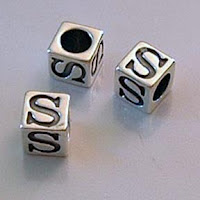 Most of Skvorecky's books are available in English. He also wrote for film, television and radio, and had a passion for jazz (like his hero Smiricky, he played the saxophone). He once declared: "To me, literature is forever blowing a horn, singing about youth when youth is irretrievably gone, singing about your homeland when in the schizophrenia of the times you find yourself in a land that lies over the ocean, a land – no matter how hospitable and friendly – where your heart is not, because you landed on those shores too late."

From his translator, Paul Wilson, in The Guardian newspaper:

One of my fondest memories of him is a conference held in Náchod in 2004 to celebrate his 80th birthday. Dozens of scholars and translators from all over the world converged on the small town to discuss his work. The highlight was a literary tour of the area, and as the guide walked us through Náchod, pointing out places where Josef had set crucial scenes from his novels, I realised for the first time how thin was the line between his reality and his fiction, and how deeply he had written himself into the life of his country.

The last stop on the tour was a pub called The Port Arthur, where the jazz band Josef had played for in his youth, Red Music, had often performed, and which was one of the locales in his early and most controversial novel, The Cowards. While a youthful jazz trio struck up a swing classic, Josef and Zdena sat at a table surrounded by a group of friends whom he introduced to us as the real-life models for some of the characters in his books. It was a deeply moving encounter: they, like their author, had grown old but would live on through his stories.

In The National Post newspaper obituary he is quoted as saying in 1981 years before the collapse of Eastern European communism:

“Frankly, I feel frustrated whenever I have to talk about revolution for the benefit of people who have never been through one,” he said. “They are — if you’ll excuse the platitude — like a child who doesn’t believe that fire hurts, until he burns himself. I, my generation, my nation, have been involuntarily through two revolutions, both of them socialist: one of the right variety, one of the left. Together they destroyed my peripheral vision.”

From The Globe and Mail newspaper:

Against communism Skvorecky’s writing offers a skepticism about ideologues and ideologies, an insistence on liberal freedoms, an aversion to revolutions, and a “suspicion that capitalism is probably good, liberalism may be right, and democracy is the closest approximation” that we have to an ideal government. Though Skvorecky’s writing is permeated by politics, he often joked that he belonged to the non-political “Party of Moderate Progress within the Bounds of the Law.” He borrowed the concept from the great Czech humorist, Jaroslav Hasek, the author of The Good Soldier Svejk.

From The Atlantic magazine:

Skvorecky left no shortage of legacies to remember him by, but one of the more notable themes in his nonfiction writing is an emphasis on, as Welch puts it, "the oftentime minute similarities between applied fascism and communism." And some of Skvorecky's more notable variations on that theme in turn are found in his recollections and insights on the common totalitarian hatred of, among all things, jazz.

I would not have read him but for another of Kerrie’s memes. Last year I for the meme, Crime Fiction on a EuroPass, I was looking for a Czech mystery and came across Škvorecký.

I read The Miracle Game which is not a conventional mystery but does have within the story the investigation of a mystery on whether there was a miracle or a hoax over a religious statute bowing to the congregation during Mass. Until I read obituaries I did not realize it was based on a real life event.

Škvorecký’s character, Daniel Smiricky, has been described as his alter ego.

Škvorecký is a talented writer and I would like to read another of his books. They are not swift easy reads. They challenge the reader. I was not surprised to read he was twice nominated for the Nobel Prize for Literature. Not many writers who include mystery fiction in their writing are so nominated.