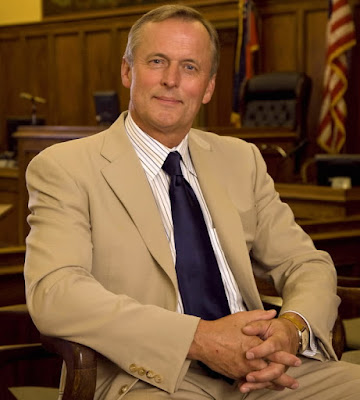 I have long believed that a key element in the legal mysteries of John Grisham is his ability to create interesting lawyers. The breadth of the lawyers he has created is striking:


1.) The Racketeer - Malcolm Bannister is a black 43 year old disbarred lawyer from serving a 10 year sentence for a breach of the RICO statutes;


2.) The Litigators – In David Zinc there is a denizen of a legal factory, this time in . He escapes the giant firm for a place in the office of street front lawyers, Oscar Finley and Wally Figg, scrambling to make a living who make a bad decision to venture into high stakes mass torts;


3.) The Associate – Kyle McAvoy is a young lawyer employed in one of ’s giant legal factories where he grinds away for the partners;


4.) The Confession – Robbie Flak is a flamboyant defence counsel trying to save a young black man from execution;


5.) The Appeal - Wes and Mary Grace Payton are hard working trial lawyers who win a major jury verdict. The losers set out to control the appellate court which will hear the appeal by nominating and supporting a conservative lawyer, Ron Fisk, to win the election, formerly non-partisan, to the appellate court.


6.) The Broker – Joel Backman, a power broker, sent to jail who is unexpectedly pardoned and sent out of the ;


8.) The King of Torts – Clay Carter is a legal aid lawyer who stumbles into mass tort litigation;


9.) The Summons – law professor, Ray Atlee, returns home to rural where he deals with unexpected issues after the sudden death of his father, Judge Reuben V. Atlee;


10.) The Brethern – A trio of former judges, now in a Federal prison, plot scams from prison;


11.) The Testament – Nate O’Riley is a major litigation lawyer and recovering alcoholic searching for the heiress to a vast fortune and defending her father’s will;


12.) The Street Lawyer – Michael Brock is a anti-trust lawyer in a big firm who joins a legal aid clinic to work for the homeless;


13.) The Partner – Patrick Lanigan is a junior partner in a law firm aiding a client to defraud the federal government;


14.) The Runaway Jury - Wendall Rohr is the lawyer for the plaintiff in a major tobacco action in while Durwood Cable acts for the defence. Rankin Fitch is the master manipulator and Nicholas Easter leads the runaway jury;


15.) The Rainmaker – Rudy Baylor is a new law school graduate who unexpectedly finds himself practising in Memphis with ambulance chaser, Bruiser Stone, and undertakes a major insurance bad faith case;


16.) The Chamber – Adam Hall is dispatched from a major law firm to act pro bono to try to save the life of Sam Cayhall. Hall is Cayhall’s grandson;


17.) The Client – Reggie Love is a former alcoholic in her own small practice in ;


20.) A Time to Kill – In the first legal mystery Jake Brigance is a white lawyer in the small town of in in called to defend a black friend charged with murder.


I have read all 20 over the past 24 years, most before I started this blog. I have enjoyed Grisham's lawyers and will discuss them in my next post.
Posted by Bill Selnes at 12:20 AM