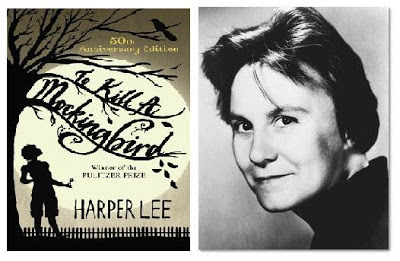 To Kill a Mockingbird (1960) by Harper Lee – Before I read the book I vaguely knew it involved a court case from the deep American South when segregation was vigorously enforced. Little did I realize that I would read of one of the most remarkable characters in fiction. Jean Louise Finch, better known as Scout, is 6 years old as the book begins in 1932. Lee does a remarkable job of having Scout narrate this book. I cannot think of an author who has done better at creating the mind of a child and how she perceives the world.


Scout lives in with her father, Atticus, and her brother, Jem. Her mother died before Scout’s living memory. Their cook, Calpurnia, is an African American woman.


Scout is fierce. Feisty is too mild a term. Woe to the boy who mocks or challenges her. In her words she will let fly her fists.


Starting the first grade is a torturous experience. Scout is as much a misfit as the country children repeating the first grade because they have missed too much school. Scout, being able to read already, confounds her teacher and leaves Scout desperately bored in a class working to assemble simple words from the alphabet.


Atticus, almost 50, is a country lawyer dealing with all the legal problems of the people of Maycomb and surrounding area. While I have not seen the movie I have seen photos of Gregory Peck as Atticus and he perfectly matches my image of Atticus from the book.


Jem, her older brother by 3 years, is her constant companion through most of the book. She is determined to do everything that Jem is doing. Scout is contemptuous of those who expect her to act like a girl in preparation for becoming a lady.


Atticus is a wise father threatening harm to misbehaving children but not following through with lickings. He is prepared to let his children learn from experience. It struck me how current parenting is so focused on protecting children. How do you learn to stand up for yourself when parents do not give you those opportunities?


Atticus guides his children. Scout is refusing to attend what is a useless Grade One for her. Rather than trying to dictate she must go to school Atticus works out with her:


“Do you know what a compromise is?” he asked.


“No, an agreement reached by mutual concessions. It
works  this way,” he said. “If you’ll concede the necessity
of going to school, we’ll go on reading every night just as
we always have. Is it a bargain?”


At the heart of the book is Atticus defending Tom Robinson, a young black man, charged with the capital offence of raping a white woman. While the community considers Mayella Ewell trash she is white trash. When Atticus is appointed to defend he does his best. He can do no less for any client.


Harsh words reach down to Jem and Scout about their father being a n----- lover. (It is one of the profound changes in our culture that 53 years after the book was written and 80 years after it was set that the “n” word has become one of the most objectionable words in the English language.)


I have never represented anyone looked down upon by his/her community in the same way Maycomb deems Robinson guilty. I have represented many the city assumed were guilty.


people treated its black people better than in the 1930’s. I spoke with Negro Leagues star, Buck O’Neill, who told me his traveling baseball team enjoyed coming to in the 1930’s. He said we were treated like people. At the same time had public prejudice with regard to our Canadian Indians. It was little different even 30 years later as William Deverell captured in the trial of his Indian client in I’ll See You in My Dreams.


As she does through the rest of the book Lee, by telling the story through Scout’s eyes, offers a unique approach. Most writers use the lawyers involved. Scout’s observations, as a child, add to the trial.


While Jem and Scout are colour blind in how they treat people they barely notice how callously the coloured people are dealt with by the white population of Maycomb. While Scout believes all people are just folks she casually accepts white privileges. Segregation is her way of life. Still there is an inkling of the change to come in race relations.


The scene in which Scout and Jem join Atticus in confronting a mob intent on lynching Robinson is as powerful a scene as has been written.


The trial is very credible. For a non-lawyer, Lee accurately depicts the process and questions of the lawyers. Lee’s background as the daughter and sister of trial lawyers and a law student (she dropped out in second year) no doubt assisted her. Atticus does a fine job of attacking the evidence against his client.


The aftermath of the trial is just as well done as the lead-up. Few legal mysteries deal well with what happens after the trial.


Scout, Atticus and Jem are life time memorable characters. Scout’s personality will stay with me the best.


Five decades after it was first published, To Kill a Mockingbird remains a subtle and rich book that contains a great trial.


I wish I had read the book previously. It is worthy of its Pulitzer Prize and vast praise. It will be a strong candidate for Bill’s Best of 2013 Fiction. I have become one of the millions who regret Lee wrote no further novels. (Feb. 18/13)
Posted by Bill Selnes at 11:32 PM