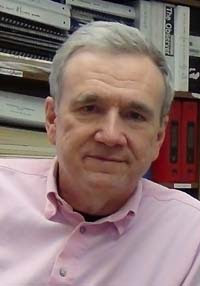 When I was in Hawaii last month I wrote to Alaskan author, Stan Jones, asking some questions concerning his character, Nathan Active, and Arthur Upfield’s sleuth, Napoleon “Bony” Bonaparte. Stan said he tends to go too long and take too much time in responding in writing so we talked over the phone after I was back in Saskatchewan. I made notes of his answers during the call. In this post I have part of my original letter and then Stan’s answers in bold. Tonight has the first half of the Q & A. The second half will be posted on Friday.


While on vacation in Hawaii I have just finished reading Frozen Sun. I enjoyed the book.


Since last writing to you I started a blog called Mysteries and More from Saskatchewan. Tomorrow I am planning to post a review of Frozen Sun. Occasionally I post Q & A with authors. If you have the time I would ask that you answer a few questions. I will post the questions and answers on the blog.


As I read a third book in your Nathan Active series I started thinking about mysteries with indigenous sleuths. I have read some mysteries featuring indigenous lead characters such as Tony Hillerman’s series featuring Jim Chee and Joe Leaphorn from the Navajo tribe, Adrian Hyland’s books with aborigine Emily Tempest, Thomas Perry’s series with Jane Whitefield from the Senecas of New York State and Scott Young’s mysteries with Matthew “Matteesie” Kitogitak who is an Inuit from the NWT.


Yet the character that came to mind the most was Napoleon “Bony” Bonaparte from the Australian series by Arthur W. Upfield. There are some immediate similarities between Bony and Nathan. Each has an indigenous mother and a white father. Both were raised to be white. They remain closely connected with their indigenous roots in the respective series.


Because of these connections I would like to ask:


1.) Had you read any of the Bony series before creating Nathan? Hillerman said he owed a debt to the Bony books.


He had not read any of the Bony series before writing the first in the Active series. After being told about Bony he read one of the book’s in the Bony series.


2.) Nathan is conflicted over his adoption. Bony lost his mother while he was a baby. What led you to having Nathan raised by a white family rather than adopted by his mother’s extended indigenous family?


Stan provided several reasons (they are not ranked in importance):


a.) He looks for drama that would torture his
characters;


b.) It produced family drama by allowing Stan to
send Nathan back to Chukchi where his birth
mother, Martha Active Johnson, resides;

c.) While he observed local Inupiat culture when
he resided in Kotzebue, the inspiration for
Chukchi, he did not feel, as a white author, he
could write an investigator who was fully Inupiat.
He thought it better to have his sleuth part white
and part Inupiat; and,


d.) All of the books in the series feature the
interface of Inupiat and white cultures.
****
My reviews of Stan's books and a profile can be found at White Sky, Black Ice; Shaman Pass; Frozen Sun; and "J" is for Stan Jones
Posted by Bill Selnes at 12:13 AM