Comparing The Gifted and How the Light Gets In 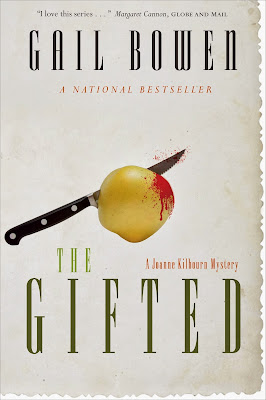 Recently I read books by two of my favourite Canadian authors. They were The Gifted by Gail Bowen, the 14th book in the Joanne Kilbourn (Shreeve) series and How the Light Gets In by Louise Penny, the 9th in the Chief Inspector Armand Gamache series. I enjoyed The Gifted more and have been thinking about why I liked it better than How the Light Gets In. I do not believe I have spoilers in this post but it may have more information about the books than some readers would like to have before reading them.


Both series feature sleuths who are engaging and not burdened with addictions and profound psychological problems. Each sleuth has a family whose ongoing lives are chronicled in the series.


They are each set in a locale that is present in almost every book of the series. Bowen’s books take place in Regina, Saskatchewan. Penny’s series is usually located in the fictional village of Three Pines in the Eastern Townships of Quebec. 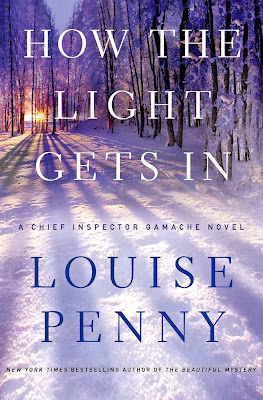 In my review of How the Light Gets In I felt the continuing internal conflict within the Surete, the provincial police agency of which Gamache is a member, was a distraction from the mystery which was an investigation into the death of an elderly woman, Constance Pineault.


Yet in The Gifted the ongoing story of Kilbourn’s family and their relationships with friends and the work of her husband, Zack, made the murder secondary for much of the plot.


I claim the right as a reader and blogger not to be required to be consistent in my assessment of books but I have reflected on my preference for The Gifted.


My first concern was over the murky conspiracy in the Surete which has been unfolding over several books in the series. While the leading protagonists in the conspiracy are set out the nature of the conspiracy was elusive. I am not a big fan of secretive conspiracies. A generation ago I loved Robert Ludlum’s books featuring conspiracies but have found few in recent years I enjoyed.


In How the Light Gets In the murder of Pineault is separate from the battle inside the Surete. Essentially there are parallel stories.


In The Gifted the murder is integrated into the lives of the family and friends of Kilbourn. The murder is a part of the story involving the disintegrating marriage of friends and the blossoming artistic career of her daughter, Taylor.


Pineault’s murder is connected with Three Pines. She was a friend of the bookshop owner and former psychologist, Myrna Landers. It is actually a murder with a better hook than in The Gifted.  Having Pineault one of a famed set of quintuplets evokes the mystique and lives of the real life Dionne Quints grabbed my interest.


Unfortunately, this excellent story is swept aside by the Surete drama. The solution to Pineault’s murder is revealed in a few pages after the resolution of the Surete story.


To me, if Penny had wanted to focus on the Surete issues, she could have written a strong book that dealt with the mysterious death of a female civilian employee of the Surete that took place at the beginning of the book. It would have been a book about the investigation into the death that would have been entertwined with the internal contest. Three Pines could have been featured in the story in the same way it was for much of the actual book.


Two stories were grafted together in How the Light Gets In. I believe it would have best for each story to have had a separate book.


The plot would not have worked well in The Gifted if there had been a huge conflict in Shreeve’s law firm as well as the murder in the circle of family and friends. An earlier book in the series made conflict in the firm resulting in death the mystery for the book.


I regretted that in How the Light Gets In Gamache’s wife, Reine Marie, was in France and his daughter, Annie, had but a minor role. I consider his family an integral part of the series. The Gifted maintained the importance of Kilbourn’s family.


Lastly I was more comfortable with the ending in The Gifted which had drama but not the Hollywood flash of How the Light Gets In.
Re-reading this post has made me realize I do not want the author to stray too far from what I have enjoyed in earlier books of each series.
Posted by Bill Selnes at 10:31 PM