The Glass House by David Rotenberg 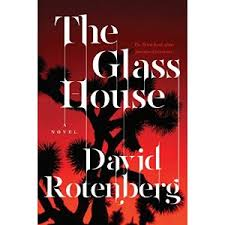 33. – 780.) The Glass House by David Rotenberg – I found the third book in the Junction Chronicles trilogy a challenging book. Rotenberg seeks to bring together the threads of The Placebo Effect and A Murder of Crows.


Decker Roberts is back in Nambia baking apple pies and reflecting on this life and his estranged son, Seth.


Seth, ill with swiftly advancing cancer, has been kidnapped by WJ who desperately wants to learn from Seth’s special abilities for WJ cannot feel. A man of arthimatic talent who has used his skills with numbers to become wealthy he lacks feelings. He cannot appreciate relationships. Beauty and ugliness are but words. Music is at the centre of WJ’s life. He would love music if he could but feel. WJ is a technically skilled cellist but the notes are merely sounds to him. WJ sees in Seth a young man who feels life with an intensity that is transcendant. WJ is the opposite of Seth and can no longer live without passion.


Yslan Hicks, from the U.S. National Security Agency, is searching America for Seth. The American government wants his special skills.


Decker, Seth and the other synaesthetes are being drawn to the Junction where Decker had lived in Toronto and where a boy with black painted finger nails and the baby fingers on both hands cut off was hanged just after 1900 from a lightpost.


It was hard for me as the book shifted the focus from crimes being solved in the first two books to a mystical weaving together of the otherworldly abilities needs of the synasthetes. The touch of the supernatural in the earlier books has taken over the story in The Glass House.


The exceptional talents of the synaesthetes – being able to determine if someone is telling the truth, hearing the last words of someone who has died if at the death site or discerning patterns – are supplemented by their mystical abilities. Communication through the mind; traveling and meeting and talking through dreams; an overwhelming desire to reach the Glass House, are all involved in the plot.


It was interesting but stretched me past my rather normal bounds of credibility. I had expected a resolution of the saga of the synasthetes but not this venture. The book became a form of fable requiring the reader to either suspend conventional assessments or accept the plot has become a modern myth.


As with each of the first two books in the trilogy I found the book disjointed. I found connections between the plot lines awkward.


Once again, the book is unique because of the character of the synaesthetes. They live with special abilities that distance them from regular society. In the end I found myself wishing Rotenberg had concentrated on these talents, as he did in the first two books, rather delving into supernatural gifts. Readers who enjoy the paranormal, an unconventional paranormal if that is possible, in stories will be fascinated by The Glass House.


I thank Michelle at Simon & Schuster for forwarding me an ARC. The Glass House will be published in November.
****
The Glass House becomes the 3rd of 13 books I plan to read for the 8th Canadian Book Challenge hosted by John Mutford at his Book Mine Set blog.
Posted by Bill Selnes at 8:52 PM