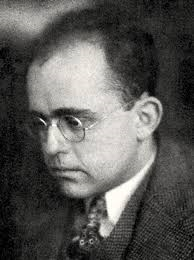 In my previous post I started a review of Hitler's Art Thief by Susan Ronald. In that post I discussed Hildebrand Gurlitt's movement from respected academic and museum director to an unscrupulous art dealer taking advantage of the opportunities created by the Nazi regime and its ideologies.

During WW II Gurlitt’s options and profits were almost boundless.


France was the greatest treasure trove for avaricious dealers such as Gurlitt. While Goering skimmed off a large number of artworks there were thousands of other pieces of art.


Gurlitt made sure he had good relations with the men appointed to purchase art for the planned Fuhrer Museum in Linz, Austria.


Not content with commissions from buying and selling artworks Gurlitt occasionally manipulated payments. He bought some paintings by having the purchase prices credited “against the ‘occupation credits’ that France had to pay Germany” as part of the terms of surrender in 1940.


Occasionally there is outright theft. Gurlitt is so bold as to buy paintings for Hitler that never reach their destination. Fake invoices and other fraudulent accounting aid the deception.


The looting process accelerates once the Allies invade France in 1944. The art dealers are among the first Germans to understand the war was lost and plan for the future. There were 34 export licences granted in France during part of 1944 but only 29 are reported in Germany


Gurlitt manages to get a general authorization from the Fuhrer Museum to allow him to make up his own applications for export.


As the war comes to an end Gurlitt helps to hide art from the Allies.


It was a good war financially for Gurlitt. His estimated income during the war exceeds 1,000,00 Deutsche Marks. Continuing his pattern of deceit he declares for income tax less than 20% of his income.


When questioned after the war he carefully avoids implicating himself. It is soon apparent America is not pursuing the looters of art. The focus is on genocide and slave labour. Ronald sets out with brutal simplicity that the “Truman administration did not wish to understand that art theft and genocide were intrinsically linked”.


What America chose not to understand or overlooked at that time was that from the beginning of the Holocaust works of art were confiscated from European Jews meaning Gurlitt and other dealers were directly involved in the Holocaust.


Through lies and bureaucratic indifference Gurlitt’s art collection is returned to him in 1950.


The Gurlitt name becomes known around the world for the looting of art when his son, Cornelius, is discovered in 2010 as still having 1,407 pieces of artwork in his Munich apartment from his father’s collection.


Cornelius, a strange and private man, had gone through his adult life thinking his father had rescued art during the Nazi regime. Cornelius thought of the paintings as dear friends.


Once the book reached the time of the Nazi takeover I found it interesting. Unfortunately, it took 150 pages to reach that point. Ronald provided a great deal of German history in the first half of the book. Some chapters had more history than writing about the Gurlitt family.


At the end of the book there are but a few pages on Gurlitt’s family after the war and especially after he died in 1956.


It would have been a better book with less German history and more Gurlitt history.


I found the title misleading. I was expecting in the book to find out how Gurlitt was Hitler’s personal thief or at least the most prominent German art thief. While Gurlitt was an art thief for Hitler he was far from the only art thief for the Fuhrer and but one of several very successful art thieves in Nazi Germany.

Not surprisingly those who had no scruples profited most during the Third Reich in every business. What was most striking was his talent at anticipating what was going to happen before, during and after WW II. The amoral have the advantage of no ideology to cloud their judgments.


What I learned most from the book was the immense amount of money involved in art during the Nazi regime and World War II. Further conflict is ahead. The war over Gurlitt’s collection has just begun over 70 years after the end of the war.
****
Hitler's Art Thief by Susan Ronald
Posted by Bill Selnes at 9:56 PM