The Magic of St. Denis and Three Pines 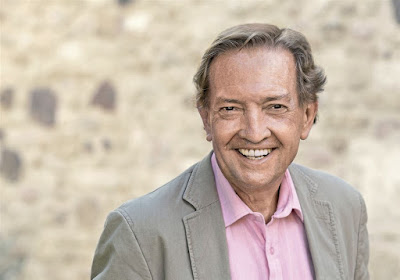 As I read Bruno, Chief of Police by Martin Walker I thought about the Armand Gamache mysteries of Louise Penny set in Three Pines, a village an hour away from Montreal. Bruno’s community of St. Denis is larger, about 3,000 inhabitants, but it is still a town.

Three Pines has a mystique that comes from not being upon the map. St. Denis is known and its business leaders would like it to be better known but its tourist industry is modest.

With each community, whether Bruno in St. Denis or Armand in Three Pines there is a close, even intimate, connection between the residents. 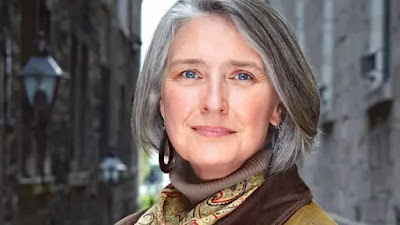 There is a moving description of what the community provided Bruno, who has modest resources, when he bought a run down home in the countryside:

His colleagues at the Mairie had chipped in to buy him a washing machine. Joe, his predecessor as chief of police, brought him a cockreland half a dozen hens. It seemed that every housewife in St. Denis had prepared him jars of homemade pate or preserved vegetables and jas, salamis and rillettes. Not a pig had been killed in St. Denis over the past year without some of it reaching Bruno’s larder. The tennis club brought him crockery. The staff of the medical clinic gave him a mirror for his bedroom and a cupboard with a first-aid kit that could have equipped a small hospital. Fat Jeanne from the market gave him a mixed set of wine and water glasses that she had picked up at the last vide-grenier jumble sale, and the staff at the Bricommarche had donated a set of cooking pots. Michel and others from the public-works depot gave him some old spades and garden tools that they had managed to replace by juggling the following year’s budget. The gendarmes bought him a big radio, and the fire department gave him a shotgun and hunting licence. The children in the tennis and rugby clubs whom he taught to play had put together their centimes and bought him a young apple tree, and everyone who came to his housewarming brought him a bottle of good wine to lay down in the cellar that he and Joe had built under the new wing.


Other days and nights they enjoy visits in other homes.

In Three Pines the community congregates at the bistro of Olivier and Gabri for good food and drink. In Kingdom of the Blind there is a winter breakfast of “warm blueberry crêpes, sausages, and maple syrup, and a café au lait”.

In St. Denis there are more choices in restaurants Bruno favours Fauquet’s where the usual  morning repast is a modest croissant and coffee. But if it is Saturday morning he will be at the market to savour “a small glass of red wine with the thick hunk of bread stuffed with Stéphane’s rabbit pâté”.

Celebrations are personal. In St. Denis two old members of the Resistance proudly carry flags of remembrance in parades. In Three Pines there is a winter carnival with a snowshoe race around the green.

Sorrow is personally shared. When Hamid al-Bakr the elderly patriarch of the family is murdered Bruno visits his son and grandson to personally rather than professionally extend his sympathy. A stained glass window in the church in Three Pines commemorates the deceased young men of Three Pines who died during World War I.

There is a warmth to each community. From knowing each other, caring about each other and enjoying each other the people of St. Denis and Three Pines are so inviting.

I had a comparable feeling growing up in Meskanaw in rural Saskatchewan. We were close to our neighbours and knew we could count upon each other. There is a bond in the country that cannot be maintained in the large populations of the city. Walker and Penny in their respective series capture that feeling of togetherness. They portray the best of life in the country.

It is not utopia to live in rural communities. Evil comes to the country as well as the city. There are problems between neighbours. Yet country folk have a feeling of community that is absent in the city. I love visiting St. Denis and Three Pines in my mind.