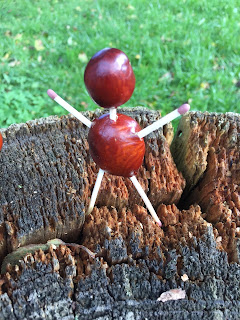 In reading The Chestnut Man I was struck by a couple of matters.

The plot reminded me in several ways of The Keeper of Lost Causes, the first mystery of another Danish author, Jussi Adler-Olsen. 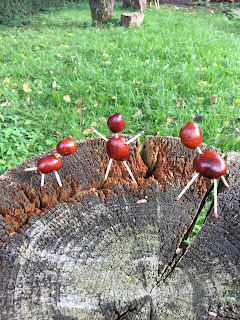 In The Keeper of Lost Causes Carl Mørck is a senior homicide detective, just recoverd from a major injury, when he is assigned to the newly created Department Q to investigate cold cases. He does not want to be there. He wishes he were in the regular homicide unit.

In The Chestnut Man homicide detective, Naia Thulin, is putting in time as she strives to be transferred to the cybercrime unit, NC3.

In both books an outsider comes to the Department.

Mørck is assigned an assistant, Assad, to aid him in cleaning and administrative tasks. The industrious Syrian immigrant through his enery and enthusiasm inspires Mørck to become engaged with his work.

Thulin is assigned Hess, it is some time before she learns his first name is Mark, as a partner. He has been returned from Europol to the Danish police. Initially indifferent to the investigation he proves himself clever and dedicated.

In each book the original detectives Mørck and Thulin come to  grudgingly accept the competence of Assad and Hess.

The investigations share a theme in that both look into a long missing person thought dead.

And both missing persons are connected to Danish politics. In The Keeper of Lost Causes it missing politician, Merete Lyngaard.  In The Chestnut Man the missing Kristine is the daughter of Minister of Social Affairs, Rosa Hartung.

I have taken a quick look around the net but have not found any reviews that comment on the common elements of the books.

The second issue involves the evocative ``chestnut men`` left at murder scenes. They are described as being made by Danish school children each fall.

Having a Danish friend, Bente, I asked her about children making chestnut dolls. She advised me in a message that:

Yes, children in Denmark make chestnut dolls, chestnut cows, dogs, cats, giraffes and whatever aninmal they can imagine from chestnuts.

Not having found any photos of chestnut figures made by her children she went out and found some chestnuts and ``made a man and his cown and dog``. The photos at the top of the post are photos she sent to me of her figures. Thanks for sending them to me Bente. They make chestnut figures so much more vivid.