An Exchange with Stan Jones on The Big Empty 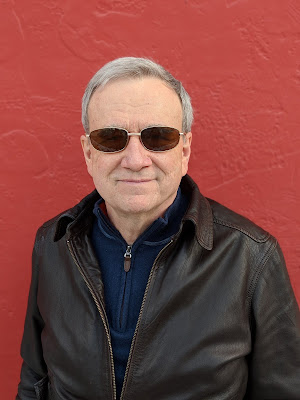 After reading The Big Empty by Stan Jones and Patricia Watts I wrote to Stan. My email and his reply follow. I appreciate Stan's interesting candid comments.

Hey, Bill--
Sorry to be so laggardly in responding. Meant to do it earlier, but things just kept coming up & I got distracted.
Anyway, see below ...
To: Stan Jones
I found it more noir.
You're right, The Big Empty was a bit more noirish. Some have always considered the series noirish, apparently, but I've always just let the stories take me where they will, and this one ended up going in a noirish direction.
I was struck by the use of balloons in the plane’s fuel tanks creating the fatal crash. Your book was not the first I have read which used that means of murder. In A Plane Death by Saskatchewan author Anne Dooley beach balls in the plane fuel tanks equally created the illusion of full tanks.
I wasn't aware the balloon idea, or something similar, had been used before. As to where it came from, I started with the idea of sabotaging a Bush plane and asked a couple of mechanic friends how to do it. One came up with the idea of motorcycle inner tubes and a modified that to weather ballons as being more feasible. 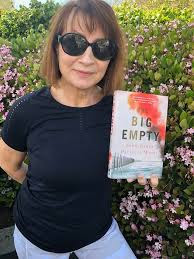 I was caught off guard when I read that Patricia was your co-author. I am equally interested in how she came to join you in the writing of the book and how you wrote as co-writers.
I asked Patricia to join me because she's a faster writer, and because of the fact that women buy most books, or so I'm told. So I figured a woman co-writer would make sense.
Patricia did most of the first draft, then I revoiced it to make it sound more like me, and we bounced it back and forth till we completed the revision process.
Part of the reason for letting Patricia do the first draft was that I was also working on a screenplay, "2221B," in which the world learns that the legendary Sherlock Holmes was a woman in disguise all along, a startlingly beautiful woman who lives with her lover, John Watson, under constant threat of exposure, pregnancy, and sodomy charges as she busts a pedophile ring that operates a boy brothel in Victorian London. Their client is the actress Irene Adler, who eventually joins them to form a polyamorous threesome. Lucky Watson, am I right?
Last year I read and enjoyed the first book in the Cecil Younger series by John Straley. I recall in a past email email exchange that you described Alaska as a 650,000 square mile village. Would you and John know each other?
I don't know John, though of I course I know of his work.
I do hope there will be more Nathan Active books. As mentioned in my review I was left uncertain after reading The Big Empty.
Yep, there's another one, done and in the publication pipeline. "Ghost Light" by name, and starting when a demented old Inupiat lady starts bringing back body parts from her nightly rambles around Chukchi and vicinity. Nathan as to figure out where she's getting the remains, whose they are, and how the person died. It was murder of course, and therein lies the tale!
Thanks as always for your interest in Nathan and his doings. I'll let you know when "Ghost Light" comes out, unless you've already signed up for that on my website.
In closing, I should let you know that I'm in Palm Springs for this month, working on the first installment of a new series set in this area. It features an older female private sleuth and is very noirish. I have two co-writers for this project and we are five chapters in. The title is "Slab City" because part of the story takes place in that legendary squatter camp in the California desert.
Best regards,
Stan Jones