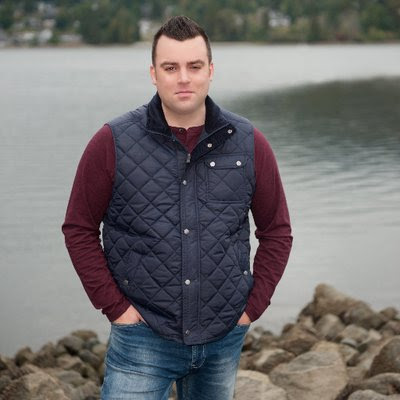 After reading Rolling Thunder by A.J. Devlin I put up my review and wrote a post on Stampede Wrestling which was my last post. I also wrote to A.J. I appreciate his prompt response. Our email exchange forms this post.
****
To: A.J.

While I thought Cobra Clutch was a rambunctious romp through professional wrestling it was tame compared to the wonders of Rolling Thunder.

I have written a sports column for 42 years focused on the Saskatchewan Roughriders of the CFL but have never covered roller derby. I can remember decades ago watching the dramatics of roller derby on television. While many professional athletes risk injury the mayhem of roller derby was unparalleled. I had not realized there remain active roller derby leagues. From the tone of the book am I correct you are a roller derby fan? If so, how long have you enjoyed roller derby.

The wrestling sequences in the book and the ending reminded me of the Stempede Wrestling of my youth over 50 years ago. I attach a copy of my next post for the blog on my wrestling memories. You are certainly aware of Stampede Wrestling. Do you have any connections or memories of your own?

As well, Jill advised me that, while working as a bartender, she had some interesting experiences:

Full disclosure: All through college and university (eleven years fulltime, plus two more part time), plus during the phases when I was starting and aborting one career after another, I worked in bars.  Much of what ends up in the books is loosely based on things I’ve seen or people I’ve met in real life... usually in a bar, and usually when I was cutting them off, or when asking the bouncer to escort someone out.  A “movie producer” once tipped me a condom covered cucumber.  He had autographed the condom.  You can’t make this shit up!  I used to get tipped in hash quite a lot... I’m not a toker... why are people giving me hash???  Obviously, there are parallels between the hardboiled gumshoe world and my spotty bartending history.

In another exchange of emails I asked her:

In your real life experience as a bartender did you have a comparable experience to Sasha giving a free drink to a guy rather than handle his credit card which had been nestled inside “his skimpy red underwear”? It was a vivid visual image in the book. I well remember your cucumber story from our previous Questions and Answers.

I wasn’t the one serving Mr. Red Undies; my friend Jennifer (in the book Jessica) served him.  She had nightmares for months about the warm card ;-)

Sidenote: A few weeks later, I knew Mr. Red Undies would be coming to The Pilot for lunch.
On my way to work, I detoured to a kinky sex toys store on Yonge and bought a pair of edible undies for him (red cherry, of course).  I handed the package to him in front of his lunchmates & everyone laughed their heads off!

Hammerhead is frequently at the family owned Emerald Shillelagh bar savouring one or more Guinness. Might you have worked in a bar and had some interesting real life experiences comparable to Jill that have inspired you or provided material for your writing.

If you are able to reply and willing, I would post this message and your reply as a post on my blog.

I expect Rolling Thunder will do well and look forward to the next book in the series.

I definitely lean harder into the humour, quirkiness, and all things offbeat in Rolling Thunder when compared to Cobra Clutch.

Ok, I want to get to all of your questions:

Yes, I am a big roller derby fan, but only really discovered it after writing Cobra Clutch and then searching for another fringe sport or unique subculture to have “Hammerhead” Jed venture into while working a case. It seemed like the perfect follow up backdrop for Jed’s sophomore adventure.

Stampede Wrestling was amazing! I remember watching it as a kid and while researching the “Hammerhead” Jed series I learned a lot about the Hart family and Stu Hart’s infamous dungeon where he trained so many legendary professional wrestlers.

Lol people keep asking me about the kink club! I don’t blame them, it’s a wild couple of chapters. Basically when I did a ride-a-long in the Downtown Eastside in Vancouver for Cobra Clutch my neighbour and VPD officer friend pointed out such a place. I then did a ton of research online and surprisingly learned these events are very well documented so I looked at hundreds of photos and learned of “the dungeon” and the apparatus there, the safety and staff protocols, and, of course, penis painting (100% real!). Lucky for me my wife didn’t check my computer's browser history when I was writing those chapters!

I will look into Jill Edmondson for sure. And I think Jed’s days with kink clubs are behind him moving forward! I’m currently working on book 3 and he catches a case set in the world of mixed martial arts. Like Jack Reacher, Jed is very much defined by his physicality, so I thought it would be interesting to explore what it would be like for him if he wasn’t automatically the biggest or toughest guy in the room.

I have never worked in a bar myself, but being 3/4’s of Irish descent, having visited Ireland and the Guinness storehouse with my wife before we had kids, and having a terrific Irish pub out here in my hometown of Port Moody, I couldn’t resist cooking up the Emerald Shillelagh as a “home base” if you will for Jed, Declan, and Frank.

I hope these responses answer your questions sufficiently and thank you so very much for your support. I’m still a newbie crime writer with a small Canadian publisher (although NeWest Press is on fire right now with all of their successful award nominated and award winning books so it’s a thrilling time to be working with them) but getting the word out about the “Hammerhead” Jed series on crime fiction blogs like Mysteries & More is awesome and I’m very grateful for the exposure.