Involuntary Sterilization in Denmark and Canada 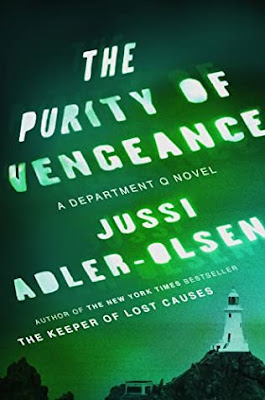 In The Purity of Vengeance by Jussi Adler-Olsen explores the horrors of involuntary sterilization in Denmark. The main female character, Nete Hermansen, and another character, Rita, are sterilized in the mid-1950’s while being confined on the tiny island of Sprogo as moral degenerates.

Nete had had a pair of teenage pregnancies which were aborted and no education when she was sent to Sprogo. The sterilization was devastating. She tried to move forward but the sterilization ultimately led to the destructive end of her marriage.

There is a tendency to think of Nazi Germany when reflecting on involuntary sterilization. Certainly the numbers are staggering with approximately 400,000 sterilizations by the Nazis.

In the 21st Century it is hard to imagine the use of involuntary sterilization. In the 20th Century the practice was a part of the eugenics movement.

In Oxford Languages eugenics is defined as:

The study of how to arrange reproduction within a human population to increase the occurrence of heritable characteristics regarded as desirable. Developed largely by Francis Galton as a method of improving the human race, it fell into disfavor only after the perversion of its doctrines by the Nazis.

My only disagreement with the definition is that forced sterilizations carried on long after the end of Nazi Germany in 1945.

Canada has its own dark history with compulsory sterilization led by the province of Alberta. Under The Sexual Sterilization Act, in force from 1928 - 1972, there were 2,800 involuntary sterilizations in Alberta.

British Columbia had similar, though more restrictive legislation from 1933 - 1973 under which several hundred people were sterilized.

In my province of Saskatchewan there was no legislation but approximately 60 indigenous women have claimed in a lawsuit that they were coerced into sterilization after giving birth to children. I have not heard of a resolution of the case.

In The Purity of Vengeance there is a history of right wing extremists leading the eugenics movement and forced sterilizations. Eugenics may have been led by the right in northern Europe but it was a philosophy also espoused by many progressives in Canada.

[The] exclusion of women from all public offices is a relic of days more barbarous than ours […] their Lordships do not think it right to apply rigidly to Canada of to-day the decisions and the reasonings therefor which commended themselves […] to those who had to apply the law in different circumstances, in different centuries, to countries in different stages of development.

While “The Famous Five” are justly recognized for their court action several of them actively supported and campaigned for the adoption of eugenics.

In 2004 our public broadcaster, the CBC, broadcast a television series to determine “The Greatest Canadian”. Tommy Douglas was the winner. He was Saskatchewan’s Premier from 1944 - 1961 leading the CCF (Co-operative Commonwealth Federation) and then was leader of the federal NDP (New Democratic Party) from 1961-1971. The primary reason for his choice as “The Greatest Canadian” was that he established universal government medicare in Saskatchewan. Medicare was soon adopted in the rest of Canada. Douglas was a progressive man well to the left of the centre.

Yet his Master’s Thesis in 1933 was titled The Problems of the Subnormal Family and advocated the adoption of eugenics. The Wikipedia entry on Douglas drawing on a well known biography of Douglas I read years ago states:

The thesis proposed a system that would have required couples seeking to marry to be certified as mentally and morally fit. Those deemed to be "subnormal", because of low intelligence, moral laxity, or venereal disease would be sent to state farms or camps; while those judged to be mentally defective or incurably diseased would be sterilized.

To his credit in 1944 when two reviews on Saskatchewan’s mental health legislation recommended adoption of sterilization he refused to pass such legislation.

Adler-Olsen vividly set out the cruel consequences of involuntary sterilization. The widespread adoption of the principles of eugenics by the left and the right reminds me that respect for human rights should be the concern of all of us of every political persuasion.