Court Cases to Determine the Truth about Historical Events 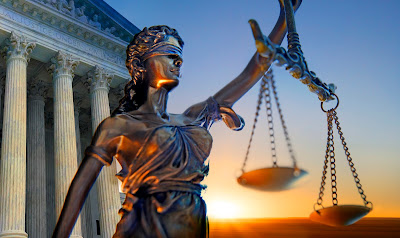 On Sunday I put up a post on the lawsuit commenced by Dominion Voting Systems against Sidney Powell. Dominion is suing Powell for defamation with regard to her claims Dominion engaged in fraud in the 2020 American presidential election. A link to that post is at the end of this post. I believe a trial in that court action will be the pivotal record of what actually happened in the election.

I have long been fascinated by court actions and judicial proceedings, usually defamation actions, seeking to define what is truth in historical events.

In 2002 I read The Holocaust on Trial. It was a book about the English libel trial in which historian David Irving claimed that American author, Deborah Lipstadt, in her book, Denyingi the Holocaust, and the publisher, Penguin Books, had defamed him as a liar and a dangerous spokesman for Holocaust denial. To establish that her comments were true Penguin and Lipstadt proved through the evidence they presented that the Holocaust occurred. The judge harshly dealt with Irving.

After reading the book I put together my thoughts on court cases and history and wrote to the author. My letter from 2002 is below. In my next post I will discuss some personal experiences on establishing the truth of historic events through judicial proceedings.

I recently finished reading The Holocaust on Trial. I found it an excellent book and look forward to your future books.

I am a practising lawyer and spend a considerable amount of my time engaged in litigation. I enjoyed your recounting of the pre-trial and trial preparations and strategies. It has been my experience that members of the public are not aware of the significance of pre-trial work until they are personally involved in litigation.

I have long been fascinated by efforts in trials to deal with "history" in its broader context. Certainly every trial involves history but most trials are focused on the personal histories of the participants.

It was a great challenge in the Irving trial to deal with the facts of the Holocaust under the rules of evidence in civil proceedings. Each year that passes from the end of World War II the issue of hearsay becomes a bigger issue.

The Irving case was the latest in a succession of libel cases concerning the facts of "history".

Your book reminded me of a once famous, now almost forgotten Canadian libel trial, in which the history of the end of World War I was in issue. In the case of Currie v. Preston and Wilson the historical issue was whether the lives of Canadian soldiers were needlessly wasted in the final days and hours of the war.

Robert J. Sharpe (as he then was - now Mr. Justice Sharpe) wrote a book, The Last Day, the Last Hour, about the trial.

In the trial Sir Arthur Currie, commander of Canada's troops in Europe at the end of the war, sought to vindicate his decisions to keep attacking the Germans even in the minutes before the Armstice came into effect at 11:00 on November 11, 1918. (A Canadian soldier, George Lawrence Price, was the last identified soldier on the Allied side to die during the war.) General Currie sued the editor of a small Ontario newspaper for publishing an editorial that concluded:

"Canadian valour won Mons, but it was by such a shocking waste of human life that it is an eternal disgrace to the Headquarters that directed operations."

In the trial there were two major issues:

1.) Whether there were Canadian soldiers killed in the attack at Mons. Only Price's death was acknowledged; and,

2.) The decision to continue the advance of the Canadian soldiers with the Armstice imminent. Who made what orders and how were the orders carried out. Was the attack justified?

Certainly the questions of history were more confined in the Currie libel case than the Irving case. At the same time I saw parallels in the efforts to prove the historical facts of a war in each case.

General Currie won his libel case but little personal satisfaction. He was completely worn out physically and emotionally by the trial.

The use of a libel trial to attempt to set the facts of history was used in 1924 by extreme German nationalists. Nikolaus Cossman sued Martin Gruber and the Munich Post over their personal and professional ridicule of his assertions that Germany lost World War I because it was "stabbed in the back" by the politicians who negotiated the Armstice that ended the war. In Explaining Hitler Ron Rosenbaum discusses the trial where politically motivated judges allowed history to be "counterfeited". Cossman won the trial and his vision of the "November criminals" was a familiar theme for Hitler.

I dread what perversions of history might have happened in the Irving trial 75 years later had there been a presiding judge who was guided by his political principles rather than the search for the truth.

I was equally interested in how the Court had to deal with Irving's misuse of facts in support of his conclusions concerning the Holocaust.

The analysis of "historical facts" to arrive at "historical truth" in the Holocaust was addressed by Israeli courts during the 1950's in a libel trial, Attorney General v. Gruenvald. At issue in the case was Rudolph Kasztner's participation in the liquidation of Hungary's Jewish population. Was he, as accused by Mr. Gruenvald, an accessory or collaborator in the murder of hundreds of thousands of Hungary's Jews while saving 1,685 Jews? While there was no issue over the annihilation of Hungarian Jews in concentration camps it was very difficult for the courts to decide what a Hungarian Jewish leader did or should have done when confronted with the Nazi roundup of Hungarian Jews. Did negotiating with the Nazis produce culpability or complicity? The majority decision on appeal found Mr. Kasztner was neither an accomplice nor a collaborator.

The process of the writing of history was also covered in a recent book The Spinster and the Prophet. The book covered the story of a Canadian woman, Miss Florence Deeks, who wrote a history of the world during World War I. The evidence strongly indicated that her manuscript made its way to H.G. Wells and was used by him, more accurately copied by him, to write The Outline of History. She sued him for historical piracy in Canada.

Despite the evidence she was unsuccessful at trial and on appeals up to and including the Law Lords of the Privy Council.

H.G. Well's personal flamboyance and flexibility with the truth reminded me of Mr. Irving.

In each of the Irving, Currie, Cossman and Deeks cases I would say the establishment was the victor.

I believe the court was right in Irving. I am unsure whether General Currie or Mr. Kasztner were defamed. I am convinced the courts were wrong in Cossman and Deeks.