“Y” is for Scott Young 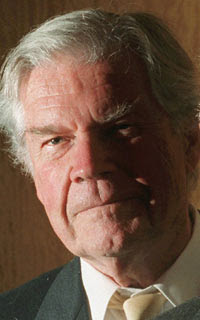 As we reach the 25th letter of The Alphabet in Crime Fiction meme hosted by Kerrie Smith at Mysteries in Paradise I am staying in Canada. I am profiling Canadian author, Scott Young, for “Y”.


Scott spent the first half of his 87 years known as one of Canada’s sportswriters with forays into fiction and non-fiction books. He spent the last half of his life being identified as the father of singer / songwriter, Neil Young. Scott ended up writing a book about their relationship called Neil and Me.


His youngest child, Astrid Young, is also multi-talented. She is a singer, songwriter, writer and painter. 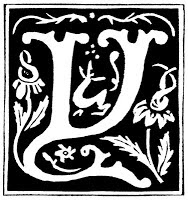 Scott was born in Manitoba in 1918 and grew up in several communities in Western Canada including Prince Albert, Saskatchewan which is about 100 km from Melfort.


While he quit school at 16 Scott was a writer early in his life submitting stories that were usually rejected. At 18 he found employment at The Winnipeg Free Press and was soon a sportswriter. An editor telling him that he would never be worth more than $25 a week to the paper prompted him to move to Toronto.


He covered most major sporting events in Canada for Toronto newspapers and was also a broadcaster on the Saturday night telecasts of Hockey Night in Canada. He was fired from the broadcasts because he ran afoul of the Toronto Maple Leafs owner who threatened the sponsor if Scott stayed on the broadcasts.


He was a man of strong principles. He quit The Globe and Mail because of the paper using anonymous comments. He abhorred unattributed comments.


Through and after his journalistic career he was writing books. Overall he wrote 45 books.


Almost 50 years ago, when I was a boy on the farm at Meskanaw I devoured his Young Adult hockey trilogy – Scrubs on Skates¸ Boy on Defence and A Boy at the Leafs’ Camp. The books followed the path of a young boy’s progression from learning to play hockey to reaching the NHL. Scott put vividly to words the dreams of every young Canadian boy of my generation.


Young placed his mysteries in the Canadian Arctic in the Northwest Territories. Young loved going North and the books resulted from his travels to northern Canada.


I expect he is the only mystery writer who is a member of two Sports Halls of Fame. In Wikipedia it states:


In the blog Neil Young News there is a quote from Canadian writer, Kevin Chong, writing in The Globe and Mail about what Neil learned from his father:


“The most vivid way to get an idea across was to lay oneself bare in the knowledge that others would identify with the bareness, the sometimes painful truth."
Posted by Bill Selnes at 8:25 PM

Email ThisBlogThis!Share to TwitterShare to FacebookShare to Pinterest
Labels: 2012 Alphabet in Crime Fiction, Rest of Canada