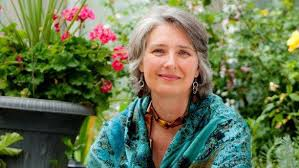 In my last post I discussed the setting of the Armand Gamache series in the village of Three Pines and the memorable continuing characters, especially the residents of the village. This post will discuss plots in the series.


In the first four books unusual methods of murder were featured – a killing by bow and arrow, an electrocution at an outdoor curling game, a poisoning made to look like the victim was scared to death and a statute falling on the deceased.


From the first book artist creativity has been a periodic theme. In three of the books the focus has been on painting. It is a reflection of Penny's skill that she can powerfully explore the visual world of painting on the written page. I expect it is the challenge of describing artistic endeavours which are not literary that has meant relatively few mysteries explore the arts in any depth.
Penny delves into the psyches of painters - how and why artists paint - are at the heart of several plots. Penny's concentration on how artists create has made fascinating her exploration of the creative process in the midst of mysteries.
The emotions between creative personalities has produced great tension in several books.


In A Trick of the Light and in The Long Way Home the effects of the success of Clara Morrow as a painter are explored.


The series has not been limited to painters. In A Beautiful Mystery the theme involves choral music, more specifically, monks performing Gregorian chants.


Bury Me Dead, my favourite of the series. sees Gamache is in Quebec City, recovering from a dreadful disaster which had devastated his team. Reading about the Battle of the Plains of Abraham at the library of the Literary and History Society of Quebec he becomes involved in a trio of mysteries. They involve a historic mystery concerning the founder of Quebec, Samuel de Champlain, a death in the library and the re-investigation of a case just solved at Three Pines.


The fifth in the series, The Brutal Telling, was the first to cause me some frustration when Penny created a hermit supposedly unknown to the village but living within a 20 minute walk. While I liked the story the hermit’s supposedly secret existence strained credibility for someone who grew up in a rural area.

In A Beautiful Mystery I was unhappy with, what I perceived as an unfair attitude about the Catholic Church and monastic life. While that is a matter of personal reaction I was dismayed that Penny, for the second time, created a situation of  implausible "invisibility". A secret monastery in Quebec was not credible.

I found the plot line in later books with regard to the conflict between Gamache and Superintendent Sylvain Francoeur distracting from the mysteries.

In particular, in How the Light Gets In, I thought the contest between Gamache and Francoeur detracted from a wonderful mystery involving the death of a quintuplet who was the last of a famous Quebec set of quints.

I thought Penny has made a brilliant decision to have Gamache retire and move to Three Pines with Reine Marie. She has opened up a new set of mystery opportunities. I hope Reine Marie will play a greater role in the series.

Penny has also in The Long Way Home ventured into a non-conventional format with the book about the search for a missing character, Peter Morrow.

The Armand Gamache (I leave out Chief Inspector now that he has retired) mysteries are an excellent series. After 10 books I remain excited to read the next book. I hope to keep returning to Three Pines for years to come.
Posted by Bill Selnes at 11:53 PM