Bodie Island Lighthouse and By Book or By Crook 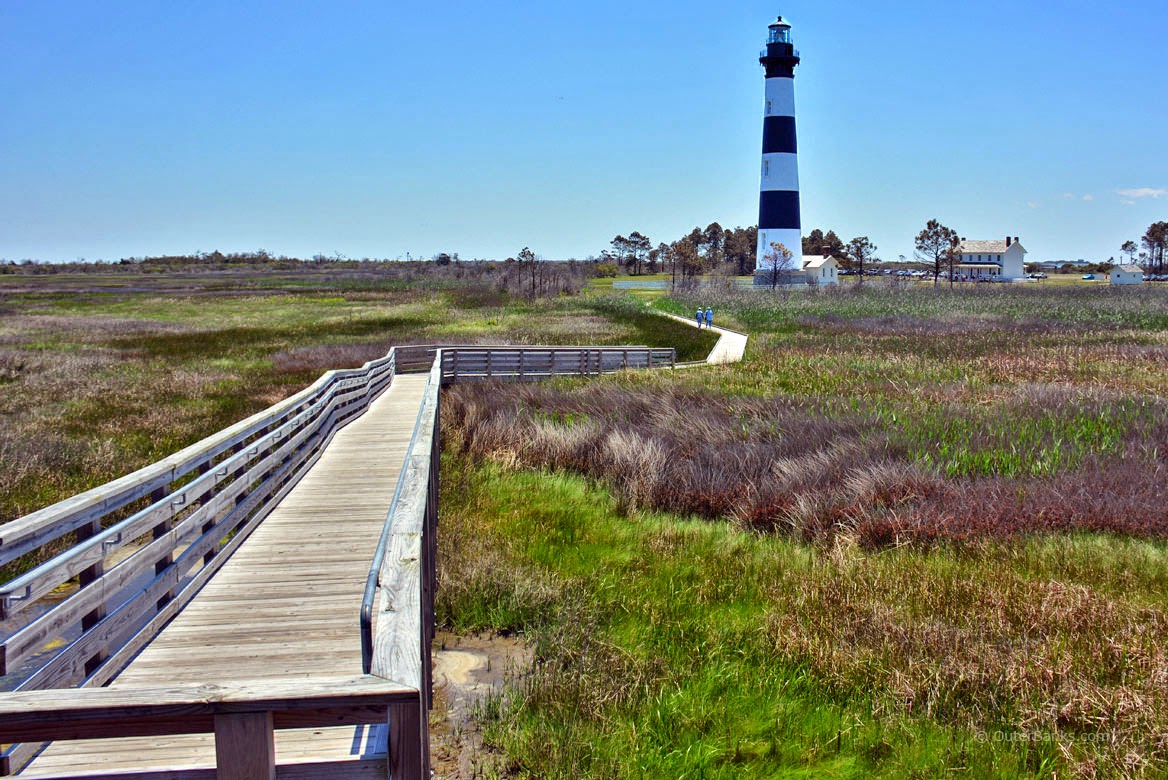 Reading the first Lighthouse Library Mystery, By Book or By Crook, set in the Bodie Island Lighthouse on the Outer Banks of North Carolina I had to find out about the actual lighthouse. The cover image on the book accurately shows the lighthouse.


Eva (Vicki) has a lovely explanation in her author’s note of how the lighthouse inspired her:


The lighthouse setting and grounds are as wonderful as described. It is not however, a library. Nor is it large enough to house a collection of books, offices, staff rooms, two staircases or even an apartment.


But it is large enough to accommodate my imagination. And I hope the readers’ also.
The website outerbanks.com explains the current lighthouse is the third upon the site:


Luckily, the old adage "third time's a charm" proved true, and a third lighthouse was planned and began construction in 1871. This lighthouse was moved further North and further inland to a 15 acre site, and was nearly double the height of its predecessors. A lighthouse keepers' duplex was constructed at about the same time, and by 1872, the lighthouse was in operation, providing a beacon to passing ships with a First Order Fresnel Lens. In 1932, the Bodie Island Lighthouse became automated, and by 1953 it had been transferred into the care of the National Park Service.


The National Park website describes the climb inside the lighthouse:


The Bodie Island Lighthouse has just over 200 steps from the ground to the top, equal to climbing a 10-story building. The narrow stairs have a handrail only on one side, one-way traffic, and 9 landings.


While there is no library in the lighthouse it remains a striking landmark on the Outer Banks.


Trip Advisor has it rated the 2nd of 8 attractions in the area of Nag’s Head. Reviewers have rated it at 4.5 out of 5 stars.

I hope our family travels will one day take us to the Outer Banks so I can visit the lighthouse.
Posted by Bill Selnes at 12:49 PM