The Pinkerton's and Old Bill Miner 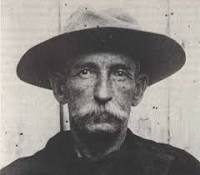 The Pinkerton National Detective Agency plays an important role in Swedes’ Ferry by Alan Safarik. The investigation into a bank robbery in Bismarck where the bank manager was killed involved both the United States and Canada. James J. Hill, President of the Bank and The Great Northern Railway called on the Pinkerton’s because they had operatives in both nations.


Having not heard of the Pinkerton’s undertaking 19th Century investigations that involved Canada and the United States I did some online research.


The Pinkerton’s were definitely involved in investigations covering both jurisdictions. A prominent case even involved railways.


The case at the end of the Century involved Bill Miner. He had a variety of nicknames including “Old Bill” and “The Grey Fox” and “The Gentleman Bandit”.


In Canada there were very few train robberies. Unlike the American West Canadian trains were not subject to holdups.


Most sources say Miner was the first to rob a Canadian train. At least one source claims there was a robbery sometime earlier in Ontario.


In September of 1904 Miner and two confederates held up the CPR transcontinental train about an hour out of Vancouver. While they netted $6,000 in gold dust and $1,000 in cash and possibly bonds they were frustrated as a larger quantity of gold dust had not made it on to the train.

Miner was not actually caught until he committed another train robbery in 1906 further north in B.C. near Kamloops.


Tried and convicted he was sentenced to life imprisonment.

Gaining the trust of prison staff he promptly escaped in 1907 and returned to the U.S.


Though over 60 he continued to be involved in robberies. He was eventually arrested in Georgia and convicted and escaped and was recaptured and died in prison in 1913. The Pinkerton’s did find him after his last escape in Georgia.
****
Safarik, Allan - (2015) - Swedes' Ferry
Posted by Bill Selnes at 10:13 PM