Where is "Gemma" From? 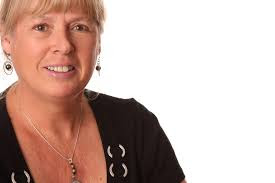 After reading Elementary, She Read by Vicki Delany I was struck by the name of her latest sleuth, Gemma Doyle. Clearly the Doyle related to Sir Arthur but what about Gemma. After investigating the name I exchanged emails with Vicki.

I have just finished Elementary, She Read and fallen in literary love with Gemma Doyle. Her name intrigues me and I have been wondering about why you chose Gemma Doyle for her name. I felt I should try to deduce the origin.


I did some internet sleuthing in an effort to determine if the name connects with the Sherlockian canon or Arthur Conan Doyle.


When I searched for Gemma and Sherlock Holmes I came up with a new book by Gemma Halliday and Kelly Rey, called Sherlock Holmes and the Case of the Brash Blonde. That hardly seemed an inspiration for you.


As well there was Gemma Chan, the British actress who portrayed Soo Lin Yao, in an episode of the new BBC series, Sherlock. Since she was a Chinese museum employee and murdered in the episode she did not fit with your Gemma.


When I enquired Google about Gemma Doyle the immediate response was the Gemma Doyle trilogy by Libba Bray. Wikipedia describes the series as “a cross between period fiction and fantasy”. The article continues:


In the first book, they find out that this group of sorceresses was forced to disband after one of their own, a woman named Sarah Rees-Toome, betrayed them. Throughout the series Gemma learns of her own heritage and the magical powers she possesses, including the ability to enter "The Realms," a magical world in which dreams can become reality, but everything seems to have a cost.


I could see no connection to your Gemma Doyle.


Typing in Gemma Doyle and Arthur Conan Doyle brought forth several links for the trilogy and a reference to a movie concerning Sir Arthur with Gemma Burns playing a maid.


Looking up Gemma and Vicki Delany brought me to your post on the blog, Type M for Murder, in which you discussed the book. I liked your comment on writing:


The trick is not to come up with an original idea, because you probably can’t, but to make it your own.


And thus you “reimagined” a favourite character, Sherlock, and made “it your own”. While better understanding the genesis of the book it did not help me source Gemma as your sleuth’s name.


Having failed with connections I went, as one always should, back to the basics and did a search of “gemma”.


After getting past the images of scantily clad Gemma’s I saw on Wikipedia that Gemma “is a female name of Italian origin, meaning ‘gem’ or ‘gemstone’ “.


The article further stated it “was the third most popular female name in 1984 in the UK” which would be fully appropriate for the 32 year old Gemma Doyle of your book.


Reflecting on Elementary, She Read I recalled that The Moonstone by Wilkie Collins was a favourite book of your Emma Doyle and that she was re-reading that early mystery classic during Elementary, She Read. Some years ago I enjoyed Collins’ story of murder and the search for the fabulous diamond called the Moonstone. Might Gemma have been inspired by that beautiful gem and wonderful book?


If not, I would be interested in the actual source of the name Gemma Doyle.


Thank you for sending me an ARC of Elementary, She Read. It is an excellent book and I have posted my review tonight.


Bill Selnes
****
Thanks Bill. I saw the review and I’m delighted you liked the book. I can say that out of all my books these are the ones I’m having the most fun writing. A Body on Baker Street will be out in September.


You have over-thunk it! Doyle, is of course obvious. I wanted her to have an English name, something not “strange” but not entirely familiar to American readers. So Gemma.


In the original concept of the story, Gemma just owned a Sherlock bookshop. She wasn’t “Sherlockian” herself. But almost from the first page, she became so. I have wondered since if I should have found something more closely related to the Great Detective.


Jayne Wilson is obvious – I thought of Watson, but dismissed that.


Did you get detective Estrada? (Lestrade)


V
****
Ah, the perils of over-deduction. Those of us who like to deduct want connections to justify the deduction. We can lead ourselves astray.