What Happens When a Convicted Murderer Writes About his Case 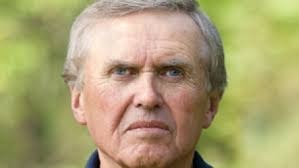 Colin Thatcher’s book, Final Appeal – Anatomy of a Frame, the subject of my last two posts brought about a new law in Saskatchewan, The Proceeds of Criminal Notoriety Act. The rather cumbersomely named Act was passed because of a public outcry that Thatcher was seeking to profit from murdering his wife.


The book was written after Thatcher had been released on parole after serving 22 years following conviction for murdering his wife. From the day he was charged to now Thatcher has asserted he is innocent. The subtitle to his book sets out his fervent belief that he was framed.

The book certainly explores the circumstances of his marriage, separation and wife's death. At the same time it is focused on the evidence used to convict him and keep him in jail and the judges who ruled against him in the process.

When he wrote his book there was no law in Saskatchewan that would take away the profits of a book written by someone convicted of a crime. I dislike statutes that apply to events that happened before the law was passed.

The purpose of the Act is set out in Section 3:


The purpose of this Act is to prevent persons convicted of,
or charged with, a designated crime from financially
exploiting the notoriety of their crimes and to:

(a) compensate victims of those crimes or their family
members; and
(b) support victims of crime.

Such Acts originated with the “Son of Sam” legislation in the U.S. to prevent New York serial killer, Sam Berkowitz, from profiting from his murders.

The issue of their constitutionality has been repeatedly litigated in America as set out in Thatcher's case over his book:

The Thatcher case has been the only Canadian case in this area.

Thatcher represented himself on the hearing of the application. Evidence came in the form of affidavits. For a test case there should have been oral evidence and expert evidence.

Thatcher challenged the legislation arguing that it breached the right to freedom of expression in The Canadian Charter of Rights and Freedoms.

The trial judge found that Thatcher was not prohibited from expressing his thoughts and opinions on his criminal case but his right to expression did not extend to the right to profit from his expression.

The judge referred to the principle that a criminal should not profit from their crime.

The issue of how freedom of expression is affected when profit is prevented was not a part of the judgment.

As well, the judgment does not have a discussion on the right of expression for a convicted person who is protesting they are wrongfully convicted.

What surprised many, though not writers, was the limited amount of money recovered. Thatcher’s publisher paid to the Government of Saskatchewan $13,844.40 for a book that reached No. 6 on the Toronto Globe & Mail bestseller list.

The publisher, spoke about the realities of publishing in Canada to the Regina Leader-Post:

“Everybody thought that this was going to be a gusher of money,” said publisher Jack David of Toronto-based ECW Press. I remember speaking to the guy in charge, and he was dumbfounded there wasn’t a whole lot of money there ….. I said, it’s book publishing in Canada. What do you expect?” Initially 5,000 books were printed, then another 2,000 – and that was it. David said sales, not the law, impacted the decision not to print more books.
It was a case that deserved substantially more evidence and legal argument. When the publisher had two “civil rights” lawyers decline to handle an appeal of the decision Thatcher did not pursue the case further.

The final twist in the story is the disposition of the money. As set out above the proceeds of the book can be paid to the victims or their family members. In the alternative, the money can go to a victims’ fund.

Thatcher and his murdered wife had three children. They would have qualified as family members. None of the children received any of the money. The funds went to a pair of victims’ funds.

All of the children have resolutely supported their father and testified in his defence at trial. I do not know if these actions impacted the government. Certainly they are uncomfortable facts for considering who is a victim.
Posted by Bill Selnes at 8:56 PM