Listening (or not) to Your Lawyer 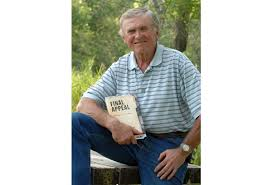 In my previous post I discussed Colin Thatcher facing the most crucial choice in his trial for murdering his wife, JoAnn Thatcher.  Would he testify or not in his defence.

The decision was not made before the trial. It was not until just before the close of the Crown case that he decided:


“It’s my duty to tell you that, as matters currently stand, I believe you will be acquitted, and it’s not necessary for you to testify,” he (Gerry Allbright) said.


“That’s probably true for anyone else but not for me,” I answered.


We debated the pros and cons at length, Gerry appreciated and partially agreed with my reasoning. There was no question the jury wanted to hear me say, “I didn’t do it,” although he strongly believed they would acquit were they deliberating right then. That was probably an accurate assessment, but my declining to face a cross-examination would add another dimension to the crown case. I truly believed negative inferences would be drawn. I would certainly wonder if I were on that jury. There was no doubt in my mind they assumed I would testify and account for the conversation with the sleazy Anderson and emphatically deny any involvement.


In the end, Gerry agreed I should testify. It was a fateful decision and one I look back on with misgivings, mostly because I testified so poorly.”


Thatcher’s account indicates the wariness of Allbright to Thatcher going on the witness stand.


There was good reason to hesitate. While Thatcher had a high opinion of himself there were many in the province who held a low opinion of him. I had always suspected Allbright would not have favoured Thatcher testifying at the trial.


Thatcher was very confident of his ability to explain his actions. Ultimately the question was how would Thatcher react on the witness stand when cross-examined? The prosecutor, Serge Kujawa, was a courtroom warrior who would seek to challenge and provoke Thatcher.


Every trial lawyer has had cases where the trial was lost when their client convicted himself or herself because they testified poorly.


In the midst of his cross-examination Kujawa suggested Thatcher’s children were lying about him being with them for supper when the murder occurred. Thatcher challenged Kujawa to step outside the courtroom and repeat those statements. He sets out the comment was an extension of the invitations extended in legislative debates to repeat potentially defamatory comments outside the legislature where there is no immunity from an action for defamation. Thatcher asserts he made the comment as an invitation for Kujawa to also repeat a comment outside the courtroom where he equally lose his immunity against a defamation action. I think it was too subtle a distinction for a jury in the midst of a trial.


Correctly or not Thatcher was perceived as losing control on the witness stand and no matter how he worded the challenge he was thought to be issuing a physical challenge to Kujawa. Appearing angry and out of control as the defendant is not an impression you want to leave with a jury.


Thatcher downplays negative reaction to his evidence but it was a crucial part of the trial.


In reading how Thatcher pushed to testify when his counsel was reluctant reminded me of the case of Lucky Luciano during the 1930’s when his skilled defence counsel, George Morton Levy vainly sought to convince Luciano from testifying at his trial. Luciano would not and could not accept Levy's advice. The trial was covered at length in Tom & Lucky and George and Cokey Flo by C. Joseph Greaves both in the fictional portion of the book and the non-fictional portion at the end. Levy rightly feared how Luciano would fare as a witness. Luciano was crucified in cross-examination by Thomas Dewey.


For the rich, powerful and famous to accept they should stay silent as accused is almost impossible. They cannot let the decision be made without their participation. There was a famous exception a decade after the Thatcher trial. In the O.J. Simpson murder trial, based on Simpson’s performance as a witness in the subsequent civil trial, the decision not to have him testify in his criminal trial was the best defence decision of the trial.


Relying on the advice of your lawyer is not always successful as illustrated in a further Thatcher court application.


When Thatcher had a “faint hope” hearing before a jury 15 years after conviction on whether he would be allowed to apply for a parole Thatcher accepted the advice of his new counsel, Hugh Harradence, not to testify. The jury turned down his application.


Two years later he applied again and, at this hearing, he was determined to testify and was supported by his third counsel, Darin Chow, and did testify and his application was successful.


As we do not know the evidence and arguments that swayed three juries it is hard to know what convinced them to reach a verdict.


From afar I think Thatcher would have been better not to testify at trial and to have testified at his first faint hope hearing. At trial Allbright had effectively challenged the Crown case. At a faint hope hearing I think jurors want to hear directly from the convicted applicant on how they have changed in prison for they start from the applicant having already been found guilty of murder.
Posted by Bill Selnes at 8:06 PM