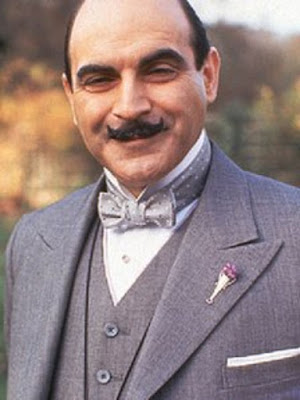 As I was reading The Old Man in the Corner - The Teahouse Detective I thought of Nero Wolfe, another armchair sleuth who solved cases while sitting around. As I reflected on the two sleuths, Wolfe and Hercule Poirot entered my mind:


Poirot: That old man in the corner is a lot like you.


Wolfe: Pfui, we have virtually nothing in common. He is a scarecrow of a man who spends his days sitting in a cafe.  I have a robust figure and am ensconced in an armchair custom designed to accommodate me.


Poirot: I grant you the physical distinction but …


Wolfe: And I would have to be dead to be caught wearing a check tweed suit! What an appalling choice of apparel.


Poirot: I do not disagree Nero. I shudder at the very thought of a check tweed suit. I appreciate the simple savoir faire of your rich brown suits and bright yellow shirts. Of course, to be a man of distinction a tailored three piece suit is to be preferred.


Wolfe: And drinking milk. How can anyone think while drinking milk? That bland drink dulls the senses. That Archie drinks glasses of milk daily confirms its enervating quality.  Now several botthes of Remmers beer a day both relaxes and stimulates the mind.


Poirot: You are too harsh mon ami. While I also do not favour milk I cannot recall the last time I indulged in a bottle of beer.


Wolfe: What! Surely you grew up savouring the vast selection of wonderful beers brewed in Belgium.


Poirot: Non! Beer has never been my pleasure. I find cocoa or a delicate herbal tisane enhance the reflection. 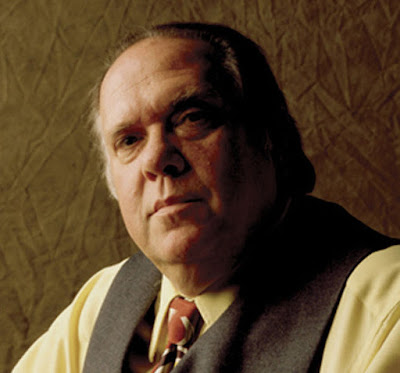 Wolfe: And when he is not in his corner that man is out watching trials. He wastes so much time in the tedium of the courtroom. Archie and my other detectives can do the listening and fact finding and then report to me.


Poirot: I am well aware of your reluctance to leave the brownstone.


Wolfe: I cannot understand why he never talks to any witnesses.


Poirot: Je ne sais pas. What I really want to talk about is how each of you use the little grey cells. Let me read to you a passage from a recounting of his cases written by Baroness Orczy. On his  “method of induction” she states:


First think of the one absolutely undisputed, positive fact. You must have a starting point, and not go wandering about in the realms of suppositions.


Wolfe: Hmmmmm. That approach has intellectual rigor but confound it, his infernal habit of tying and untying complicated knots while thinking would be an unbearable distraction.


Poirot: You fail to appreciate how you also have an odd, no, let me be fair, a distinctive distracting physical action while deeply engaged in thought. You will sit in silence with your eyes closed and your lips pushing out and drawing in.


Poirot: I think each of you excel in the analysis of crime


Wolfe: I would accept that neither of us has ever encountered a crime we could not solve through the application of those little grey cells you mentioned but he has no sense of justice. I relish the chance at the meetings of suspects in my office to confront and expose the criminal and have the guilty face the consequences of their actions.


Poirot: As I understand it the man in the corner does not consider it his duty to advise the police of the solutions to their unsolvable crimes.


Wolfe: While I deplore his lack of civic responsibilty I would agree the police all too often falter before the demands of a challenging case. I sometimes weary of the mental effort to solve mysteries.


Poirot: Ah, I understand. Each of the three of us has been called a genius. The burdens of our intelligence are heavy. Among the consequences, we are bereft of spouse and children.


Wolfe: It is probably best for the world that there is but one of each of us.