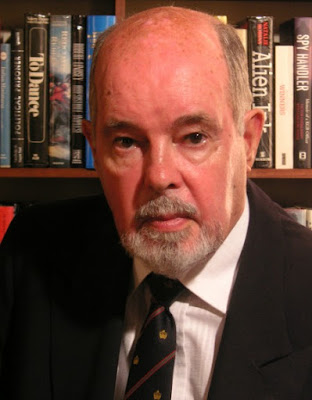 In my previous post I started a review of The Second Oldest Profession by Phillip Knightley concerning espionage in the 20th Century. This post will contain thoughts on the period after the end of WW II.

Knightley spends a significant amount of time exploring the CIA of the Cold War. He minimizes its successful operations and maximizes its failures. He is more convincing when he deflates the image of the CIA as a pivotal player in world changes through the 1950’s and 1960’s.
He notes the CIA quickly became pre-occupied with the excitement of covert operations at th expense of gathering and assessing the information collected. For all the money invested in the CIA it failed to know the U.S.S.R. had succeeded in building atomic bombs until the first bomb exploded in Kazahkistan in 1949. It equally failed to detect that North Korea was about to invade South Korea in 1950.

Knightley’s downplaying of the importance of intelligence generally is reflected in his faint praise for Russian spy, Klaus Fuchs, who passed on to the Russians important information on the atomic bomb:

As to Fuchs’s value to the Russians, Holloway (an American professor of history) cannot reach a positive conclusion. He says Fuchs did provided potentially useful information. Some of this the Soviet scientists already knew, o else they would have discovered it: ‘But I thin, it is hard to dismiss it as worthless, especially as it gave the Soviet authorities some indication of what the Americans were up to. The estimates I have (from scientists who worked with Fuchs) suggest that he might have saved the Russians as much as a year or eighteen months in building the atomic bomb.’

Knightley criticizes the “sick think”, an obsession with moles that deeply hampered American and British Intelligence agencies in the 1960’s. At the same time he is consumed with focusing on evidence that supports his negative views of those agencies. It is hard to find a competent spy in the book.

Published in 1986 The Second Oldest Profession has not a hint of the impending demise of Communism in Europe. There is a reference at the end of the book on the curious fact of greater number of articles on "spies" in The Washington Post during the period of decreased tension in the Cold War from 1977 to 1985. Knightley extrapolates that bit of data to intelligence agencies finding means to publicize the need for their existence.

Yet there is no indication East Germany is failing as a state in the book and that the Wall will come down in 3 years. There is nothing to lead a reader to think that the U.S.S.R. will disintegrate in 5 years. There is no reason to think Knightley should have had a talent for foreseeing the future. At the same time he was an astute observer of nations and did not detect the coming collapse in Eastern Europe.

What the book did for me was to cause reflection on intelligence agencies 34 years after publication. Are they worth the vast sums expended? Knightley argues public information, diplomatic communications and direct contacts with the leadership of other nations are more effective in determining what other countries are doing and their intentions.

If there is an area Knightley downplays it is the challenge of getting governments to listen to analysis they do not want to hear. The reasons may be political, historical, ideological or personal.

He describes how England was surprised by the Argentine invasion of the Falkland Islands in the early 1980’s because the British government, despite warnings from its intelligence agencies, did not believe Argentina would take military action. They thought the Junta was bluffing.

He does not discuss the Argentine belief that Great Britain would not go to war over the Falklands.

On each side there was a failure of interpretation of intelligence because they did not want to believe the other country would go to war.

His exploration of governments rejecting intelligence that does not accord with the beliefs of a government needs no further analysis on its relevancy today than waiting for tonight’s tweets from Washington.

As we go forward in a world in which the noise of massive amounts of daily information flowing electronically it is ever more challenging for intelligence agencies.

I fear our current leaders are no better than those of the 20th Century at deciding what to do with the intelligence they get from the multitude of agencies using up the alphabet with their acronyms.

Knightley’s prose is brisk and his narratives well told. He is confident in his analysis. He is not reluctant, even eager to give his opinions. Not for him careful academic conclusions.

Ultimately, reading the book led me to believe there was a singular lack of “intelligence” in the intelligence agencies of the world and the political leaders considering the information gathered.

I usually do not read blurbs but the cover of my copy of the book contained a brilliant blurb by a great writer who had been an intelligence officer:

“If Reagan, Gorbachev, Thatcher and Mitterand only manage one book this year, the could a lot worse than pick up Phillip Knightley’s and discover what imbecilities are committed in the hallowed name of intelligence.” - John le Carré

(The blurb actually appears on the image of the book at the top of my first post on the book.)