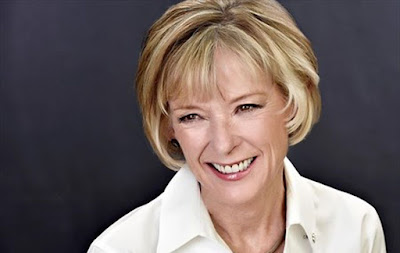 “Murder is murder, and a life is a life,” Adderly boomed at the jury, “but this murder is, as Shakespeare, the immortal Bard, says in on eof his sonnets, ‘as black as hell and as dark as night,’” Erle Stanley Gardner was enthralled, describing the Crown counsel’s address as “masterly …. As able a courtroom speech as I have ever heard.”

De Marigny was well represented by Godfrey Higgs and Ernest Callender. While they had limited experience in criminal defence they crushed the American “experts”.

Lead Crown witness, Harold Christie, emphasized his friendship with Oakes and stated that when Sir Harry was in the Bahamas they spent about half of their time together. He could not explain not why “the cries of his best friend, bludgeoned and set on fire only twenty-five meters away, has not disturbed his sleep”. I think twenty-five meters can be quite a distance when someone is sleeping.

More difficult to accept was Christie’s assertion that his long time friend, Captain Sears, erred in stating he saw Christie being driven through Nassau about midnight by a white man.

Christie fared poorly under vigorous and skeptical cross-examination by Higgs for stating he thought the badly beaten and partially burned Sir Harry was alive and then wiping his face and giving him water. He had no explanation for bloody handprints on the doors of his bedroom.

Gray says it was “an almost open secret that Christie, a bachelor, was having an affair with Effie Heeneage”. Christie denied a rumour he was shielding “a lady” in his evidence. Even if he were “protecting” her honour by not revealing he had gone west that night to her home, which would have been a great alibi, there was no reason for him to drive east to Nassau.

Far more damaging were his admissions that Captain Barker had not told him he found de Marigny’s fingerprints in the room on a Chinese screen until 11 days into their investigation and that the reveal was while they were interviewing Lady Oakes in Maine.

His credibility ceased when he “suddenly ‘remembered’” on a return to the witness stand that Barker had mentioned earlier in the investigation  “that he thought one of the prints belonged to the accused”.

The pivotal evidence for the Crown was a fingerprint of de Marigny allegedly found on a Chinese screen in Sir Harry’s bedroom.

The case was over when Barker “had to admit he had not photographed the print on the screen because he had not brought the appropriate camera with him from Miami. He aslo had to admit that, since the screen was easily moved, it hadn’t been necessary to ‘lift’ the prints off the screen anyway; he could have taken the whole screen to a facility with the right equipment”.

Higgs further savaged Barker. The detective acknowledged there was an interview with de Marigny that took place before the print was allegedly found. Barker could not explain 3 circles on the photo of the print. Higgs closed by submitting to Barker that he and Melchen had fabricated evidence for “personal gain and notoriety”. Barker’s emphatic denial could only be unconvincing.

De Marigny and his counsel were brave men in asserting fabrication. If they did not have convincing evidence and the jury were to view the allegations as unfounded, de Marigny was headed for the scaffold.

While I see the Crown case as weak de Marigny and his defence counsel decided to have him testify to provide his narrative. I thought there was considerable risk as de Marigny was disliked by many in the Bahamas. Gray has no analysis of the decision to testify. I discussed the perils of the accused going into the witness box in my reviews of The Last Trial by Scott Turow. I acknowledge that I usually believe it is best for the accused to testify before a jury.

Undoubtedly the main reason for his testimony was to set up the fabrication defence by describing the interview where the Miami officers arranged for de Marigny to hold a water glass and a pack of cigarettes.

On cross de Marigny had to admit his failed marriages, his receipt of large sums of money from women, his dishonesty with at least one spouse and his marriage to the much younger Nancy barely after her 18th birthday without the knowledge of her parents.

The Crown could not shake his evidence he was at home when Sir Harry was murdered.

And then, in a brilliant demonstration of demonstrative evidence, when the defence called their own expert witness who had the foreman of the jury put his finger on a glass cigarette case containing “a pattern of circles”. When the expert dusted and lifted the print the “lift showed the circles as well as the print”.

As in my recent reviews of The Baccarat Case the trial judge summed up in favour of the defence while stating it was entirely their decision:

Daly’s assurances were sly, to put it mildly, since he went on to explain that the Crown case was deeply flawed. He described Captain Barker’s failure to follow accepted practice for fingerprint evidence as “incomprehensible” and characterized Captain Melchen’s admission that he didn’t know about the fingerprint evidence until he heard Barker describe it to Lady Oakes as “extraordinary”. Although the judge cautioned that there was no evidence the two Florida detectives had fabricated evidence, he suggested that both the police evidence and the expert evidence should be treated skeptically. Sir Oscar also deplored the mistakes and contradictions offered by the Nassau police witnesses  and hoped that a thorough departmental investigation would be held. The jury must decide whether the police “were trying to make the facts fit their theories.

I was surprised to learn the jury had to be unanimous for a guilty verdict but needed but two-thirds for a not guilty decision.

The jury did find de Marigny not guilty by a 9-3 margin but added the gratuitous comment that he should be immediately deported. Consistent in “ill-advised decisions” (see my previous post) the Duke of Windsor, Governor of the Bahamas, supported deportation. The request was “summarily refused” by Westminister officials.

The de Marigny’s do not stay long in the Bahamas. They are soon off to Cuba to stay with Ernest Hemingway. Within a year they separated.

Gray conducts a brisk narrative. She is never lost in details. I do wish she had spent more time upon the trial. Her compression of the evidence did not do justice to the trial. While she avoids a lengthy depiction of the trial she has a multi-chapter review of  the decades of books speculating on who killed Sir Harry. I would have preferred more assessment of the trial and less discussion of the oft bizarre decades of speculation.

Gray includes an anecdote in which the irrepressible Diana Mosley, formerly Mitford, whose father had briefly prospected for gold near Sir Harry’s claims asked Harold Christie at a dinner party to tell the assembled how he killed Harry Oakes. Mosley spoke of getting a “tired smile”.

In the opening of my last post on the book I expressed my interest in reading the book to get Gray’s opinion on who killed Sir Harry. Alas, I was as disappointed in Gray as I was in the book by Eric Minns. Neither has a preferred killer. In my post, a link is below, I thought, and still think, that the killer was Harold Christie.

What struck me in reading Murdered Midas and Gray’s chapters on Gray’s recounting of the many writers who have theorized on the killer is that no one has ever done a detailed exploration of the financial dealings between Oates and Christie. Focusing attention on de Marigny meant there was no examination by either the Miami policemen or Bahamian police. It would have been hard slogging for subsequent writers but I believe public records, including estate particulars, could be revealing on the status of their financial relationship at Sir Harry’s death and the rumours of Christie being in default on loans made to him by Sir Harry. Did Christie benefit from Sir Harry’s death?

****
My Theory on Who Killed Sir Harry

Gray, Charlotte - (2020) - Murdered Midas (A Millionaire, His Gold Mine and a Strange Death on an Island Paradise)