How Much is a Baseball Worth? 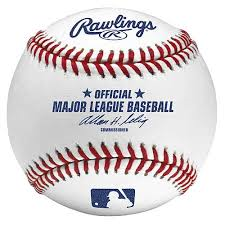 In Split to Splinters by Max Everhart the investigation is for a missing baseball. Ordinarily a baseball is a generic souvenir. Millions are made every year. There is nothing unique about an individual baseball. You cannot distinguish one ball from another ball. What made the ball in the book special is that it came from the 300th win of Hall of Fame pitcher, Jim Honeycutt.


In the book the value of valuable baseballs is discussed:


In 2006 Barry Bonds hit his 715th home run, breaking Hank Aaron’s record, and that ball sold for $220,000. And Bonds was nowhere near as popular and well-loved as Jim Honeycutt.


Baseball cards have long been collected by North American boys. Usually they came in packages of bubble gum. Most have little value and were simply traded between young collectors. An exception is the Honus Wagner card. Only 57 exist. The rarity occurred because Wagner, an opponent of smoking, asked the card to be withdrawn from the cigarette packs in which the cards were placed. The last Wagner card sold went for $2,800,000.


The most valuable bat was used by Babe Ruth to hit his first home run at Yankee Stadium in New York. It fetched almost $1,300,000 at auction.


With regard to baseballs the most valuable baseballs have been from famous home runs.


The highest amount paid for a baseball was $3,000,000 by Todd McFarlane, the creator of the Spawn comic book. He paid the huge sum for the record breaking 70th home run hit by Mark McGwire in 1998.


The highest amount paid for a non-game used signed baseball was $196,100 for a ball autographed jointly by Marilyn Monroe and Joe DiMaggio who were briefly married in the 1950’s.


What is striking is that none of the 10 most valuable baseballs involved balls commemorating a pitcher’s accomplishment.


I expect it relates to baseballs being valuable for being the historical artifact to mark a baseball moment. Home runs are remembered for the ball flying over the fence. A baseball to mark a pitcher’s significant win may be the last baseball used in the game but they do not have the same historic connection to a moment in baseball history.


The missing baseball in Split to Splinters, while from a major baseball event, does not have the caché of a major home run ball. An online opinion of the value for an autographed baseball from the 300th win of another Hall of Famer, Warren Spahn, puts the value at $350. I do not know if the opinion is valid but it is ironic if accurate. The ball in Split to Splinters is valued at over $100,000 in the book to give reason for the investigation but it might actually have been worth but a few hundred dollars.
****
Everhart, Max - (2014) - Go Go Gato; (2015) - Split to Splinters
Posted by Bill Selnes at 10:15 PM