The Conclaves of Malachi Martin, Walter Murphy and Robert Harris 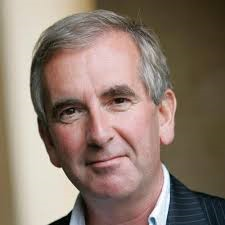 In my last post I reviewed Conclave by Robert Harris which is about the election of a new pope after the death of a pope inspired by the current Pope Francis. Reading the book set me reflecting on other works of fiction I have read involving conclaves and the effect of the backgrounds of the authors on how they described the process of conclaves.


Over a decade ago I read Vatican by Malachi Martin. The book was first published in 1986. The book is focused on the life of Richard (Rico) Lansing, an American priest who arrived in the Vatican just after World War II.


In my review at that time I said:


He is to spend the next 40 plus years in the Vatican bureaucracy serving (while not directly named) Pius XII (the epitome of a pope for the author), John XXIII (a dreamer of love who sets the church adrift), Paul VI (an ineffective leader who supports decentralization), John Paul I (a man of deep faith who is assassinated by the USSR) and John Paul II (a man of great potential limited by the effects of the attempted assassination by a Western Capitalist super-elite). Each of the popes was effectively chosen by the Curia before the conclave.


Martin is the only writer described in this post who has personal knowledge of the Vatican. He was a Jesuit priest and a theologian at the 2nd Vatican Council.


He was a traditionalist as further set out in the description of his positions in my review:


…. staunchly favours a Church run by a strong pope who listens to a strong Curia. The bishops and people have little role in his Church but to follow Rome. New thoughts on contraception and the Mass in vernacular are heresies that have brought the Church into great decline.


After the Council was completed Martin, upset by the changes in the Church, left the Jesuits.


Some years earlier I had read The Vicar of Christ by Walter Murphy which was published in 1979. It is a grand sprawling saga about Declan Walsh. In the first part of the book he is a young Army officer who becomes a hero for his skill at commanding and saving a unit that is caught behind Chinese Army lines. After the war he becomes a lawyer and is chosen Chief Justice of the United States Supreme Court. A personal tragedy leads him to resign and join a Trappist monastery. Papal Nuncio to the United States, Ugo Cardinal Galeotti, helps Walsh gain acceptance to the monastery. When a conclave in Rome becomes Galeotti calling on his knowledge of Walsh convinces the conclave to look outside the College of Cardinals and Walsh is chosen Pope. Galeotti thinks of Walsh as an American pragmatist.


Walsh in an eerie foreshadowing of the current pope chooses the name Francisco and adopts a progressive agenda.


(Lest anyone think Walsh’s election is impossible the pope is not required to come from the College of Cardinals. While long established policy is to choose a cardinal the electors could choose outside their ranks.)


Murphy was born into an Irish Catholic American family and attended both Catholic and secular universities. He was a long time law professor at Princeton.

Harris in Conclave has as his protagonist, Cardinal Lomelli, who supports a progressive candidate. Personally he would be considered a moderate whose principles fall between the traditionalists and the progressives.


I will not give the identity of the pope chosen in Conclave as it would a huge spoiler.


With regard to his personal beliefs Harris in an article in the Catholic Herald on whether he believes in God said:


“I dislike easy atheism,” he says. “I think atheism is an easy route, a boring route, to take. I am rather drawn to people who take the more difficult route and try to engage with a greater thing. I have empathy with that.
“I was never baptised. I have always mildly resented this, as I have felt one should be plugged in from birth, just like one is given inoculations.”
He adds: “I don’t think this book could have been written by a complete atheist.”
As we are all influenced by our personal beliefs it is probably not a surprise that Martin looks for a conservative pope, Martin has a progressive for his pope and Harris has a middle of the road cardinal as his lead character.