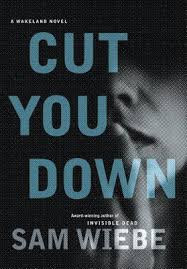 On an Oceania Cruise

Blogging has been going slowly partly because Sharon and I are back on the Oceania ship, Marina, for back to back cruises. We left Miami on Sunday and are headed up the East coast of America. Yesterday we were in Charleston, South Carolina. Tomorrow we will be in New York City. We will then work our way around to the Maritimes and go up the St. Lawrence to Montreal where the first cruise will end.

Yesterday I finished Cut You Down by Sam Wiebe which is the second in the Dave Wakeland series. It was a fine book and I am working on posts though I keep getting distracted.

This morning it was Team Trivia at 10:00. Our team, Buzzards Too, had a credible second place finish.

Soon it was time for lunch which was extended when Sharon and I had a very pleasant conversation with a couple, Deena and Gerry, from England. We both have sons named Jonathan who are lawyers.

This afternoon I was reading in the library but got too comfortable and dozed off.

When I came back to the stateroom I turned on the T.V. and Sharon and I got involved in watching Molly's Game starring Jessica Chastain. I thought it reasonably credible but was still surprised when I learned it was based on the real life story of skier, Molly Bloom.

It was interesting to subsequently learn of the real life Hollywood actors who played poker at the games she organized.

After the movie I spent some time on the net with members of the law office in Saskatchewan.

Then it was time for supper at the Grand dining room. I enjoyed herb crusted roast chicken (a feature of the restaurant's Jacque Pepin signature recipes).

When we were done it was time for evening trivia. Second again.

Back to the state room with just enough time to write this post before retiring.

Will post about crime fiction as best I can on the cruise.

2018 Shortlists for the Arthur Ellis Awards for Canadian Crime Fiction

If it is later April it is time for the Shortlists for the Arthur Ellis Awards to be announced. Annually the Crime Writers of Canada hold a series of events across Canada to announce the Shortlists.

In contrast to most years I have read one of the books on the shortlist for Best Crime Novel. I am excited to see Gail Bowen's excellent book, The Winners' Circle, on the shortlist.

As I did not get through last year's shortlist I am not sure if I will follow a personal tradition of reading and reviewing and ranking the books on the shortlist for Best Novel. 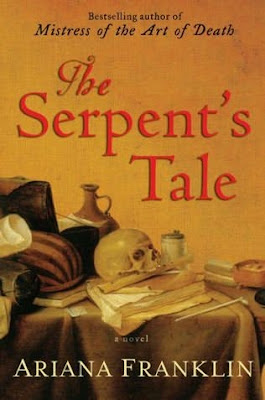