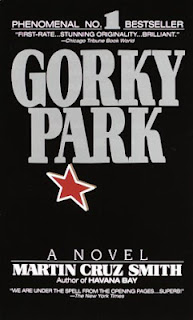 Arkady Renko, in by Martin Cruz Smith, is investigating a triple murder in in 1981. It is near the end of Communist rule but the U.S.S.R. remains under the fierce grip of the Communist Party.

Renko does not shy away when the investigation strays into officialdom even at significant personal cost. Finding corruption in high places he is dismissed from the police. He is forced into working at menial jobs and eventually finds himself working at cutting up fish on a factory ship in the as far from as it is physically possible to be in the U.S.S.R. While on the ship he solves a crime in the book Polar Star.

How many police are willing to lose their job to solve a crime?

Everyone appreciates individuals whose personal integrity is so strong they would give up their work to avoid compromising their honour but few take such action. The personal and family costs are so high from such personal sacrifice. We do not hear of mass resignations of police in totalitarian states in real life.

In by Edward Topol and Fridrikh Neznansky, set a year or two after Gorky Park, the investigator, Igor Shamrayev, is asked by Leonid Brezhnev to investigate the death of Brezhnev’s brother-in-law. He is given a letter from Brezhnev, the head of the , that gives him unlimited authority in the investigation. After determining there was murder done Shamrayev starts delving into the murky world of the Brezhnevs. There is an elite in the workers paradise. Numerous members of the family have done very well through corruption in the supposedly socialist economy.

What happens to the policeman when there are no checks on his authority in an investigation?

When used to capture criminals everyone is happy but the potential for corrupt actions is immense. It is inevitable that such power will be abused when there are no checks on the exercise of the power.

Most recently, in A Case of Two Cities by Qiu Xiaolong, Inspector Chen is given comparable authority to Shamrayev when he is made the Emperor’s Special Envoy with an Imperial Sword. (It is an interesting title to be given in a Communist country.) As stated in my review it gives him the right, in an emergency, to search and arrest without warrant. He is tasked in the book with investigating a high profile anti-corruption case in the Communist China of the 1990’s. While given special power he must tread carefully as he navigates between the different groups wielding power in the Party and government. 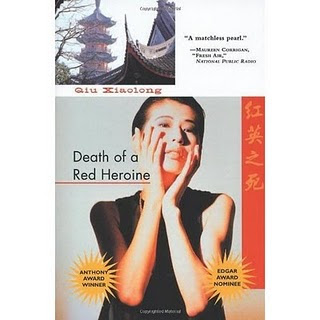 In Death of a Red Heroine Chen is called on to investigate the death of a young woman who is famous in as a “model worker”. Her death has significant political consequences.

In both books Chen must deal most delicately with the high cadre comrade children because of their special status in Communist China.

How is a police officer to investigate crime when he, while serving one bureaucracy, must be careful not to offend high ranking civil servants in other ministries?

The life of the police in dictatorships is complicated as they must continually deal with political issues while solving crime.

After my first post I received numerous comments setting out several other mysteries involving the police in dictatorships. If you have not read those comments I encourage readers to go back to my previous post to see some excellent suggestions for crime fiction reading.