Thoughts on Q & A with Anthony Bidulka (Dos Equis)

Last week I posted my review of Anthony Bidulka’s new book, Dos Equis. Russell Quant split his time between Saskatoon and Mexico. On Wednesday I posted Q and A with Anthony. Tonight is a post with my thoughts on those Q and A. 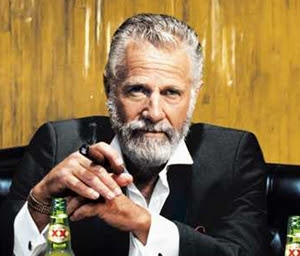 I asked Anthony if he was considering a cookbook featuring Russell. In the books Russell savours his mother’s hearty Ukrainian cooking. Colourful Mary’s eclectic restaurant is a continuing meeting place for Russell. When he travels Russell seeks out the best local food available. In real life Anthony loves food just as much as Russell. I think Anthony could come up with a cookbook that would rival any in the world for variety. I know they would all be personally tasted.

On Russell spending little time discussing fees I understand Anthony’s rationale in giving Russell some money to avoid the situation too often in crime fiction where sleuths without incomes solve crimes for free. At the same time I think it is interesting to read about detectives working out fees for their services. Nero Wolfe was only motivated by money and Rex Stout created intriguing scenes where Wolfe demanded and received large sums to take on cases. I think Russell should require significant retainers from clients.

Anthony indicated he was not sure of my question when I asked if he would ever have Russell accompany a Saskatoon based gay mystery author to a mystery convention. Anthony wondered if I was asking if he would have someone pretend to be Russell and go with him to a convention. I understand his negative response. What I actually meant with the question was whether Anthony in one of Russell’s mysteries would create as part of the plot a trip where Russell went with a fictional Saskatoon based gay mystery author to a warm weather destination. Thus we would have Anthony able to portray himself as he would like himself to be as a fictional character. Anthony could even go so far as to arrange his own fictional death for Russell to solve.


On Anthony commenting that writing went faster once he created scenes for the ongoing characters but that the overall time for a book was about the same because he was looking for challenging scenes and new characters was a good explanation for why the series remains fresh to me. While the formula of a mix of locations between Saskatoon and some exotic locale continues from book to book the circumstances and people keep changing. Having Jane die in Dos Equis and J.P. come into the series is a good example.


Anthony said he had not realized that there were few children in the series. Most crime fiction does not involve children as meaningful characters. Gail Bowen, in the Joanne Kilbourn series, has always had children as significant characters. I think Russell could have an excellent adventure with a favourite niece joining him. Anthony has a niece I know in Melfort who might inspire him. Now Russell has a sister but she is far different from Anthony’s real life Melfort sister. With Russell reaching 40 I think the youthful exuberance of a niece would be nice.

If you did not follow Anthony’s amazing trip for his 50th birthday drop in on his blog and take a look.