The Crown by Nancy Bilyeau 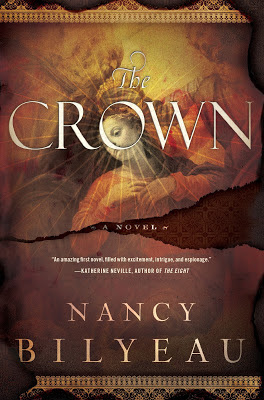 6. – 695.) The Crown by Nancy Bilyeau – Sister Joanna Stafford is a wonderfully different sleuth. A Dominican novice at Dartford Priory in the mid-1530’s she is a spirited young woman committed to her vows. Unlike many sleuths of any era she does not seek sexual adventure. She loves the Catholic Church. She realizes there is corruption within the Church but recognizes there are far more religious who are devout and faithful. She is intelligent without being cynical.


She is a challenge for her superiors. When she learns her cousin, Lady Margaret Bulmer, is to be burned at the stake for participating in the northern rebellion against King Henry VIII she leaves the convent, without permission, determined to provide personal comfort to Margaret. Her journey is difficult but she reaches the execution site and manages to throw rosary beads to Margaret.


After her father, Sir Richard Stafford, unexpectedly intervenes to hasten Margaret’s death Joanna is arrested and imprisoned in the Tower of London. Her future is grim as few leave the Tower except to be executed. Officials doubt she had no role in her father’s action.


Sister Joanna had been a lady-in-waiting for Queen Katherine, the King’s first wife, and attended her at the time of her death.


While aggressively questioned, though never tortured, Sister Joanna maintains her intentions were limited to aiding a cousin she loved dying a cruel death.


Sister Joanna is unsure why she is not charged and brought before the Courts until the Bishop of Winchester arrives and makes a proposition. If she will return to Dartford, search for and find an ancient crown hidden there he will spare the life of her father. Unwilling to martyr her father she agrees to the proposal and is returned to Dartford.


The time she spends in the Tower was long for me in the book but once she is back at the abbey the story started flowing for me.


While grateful to be able to resume her life as a nun, Sister Joanna finds it difficult to lie about her release.


Within the abbey it is a time of turmoil as King Henry has already dissolved many northern monasteries and is now turning his attention, through Cromwell, to the southern religious houses. Will the abbey survive or be forced to close?


Sister Joanna learns of the sacred nature of the Crown for which she is searching in the abbey. With regard to the Crown the book has a touch of The DaVinci Code and The Holy Blood and the Holy Grail. The history of the Crown is well done.


I appreciated how Bilyeau portrays the Dominican sisters and their cloistered lives. Where I struggled with how Louise Penny dealt with monastic life in The Beautiful Mystery I thought Bilyeau did well in showing how the women loved God and sought to live good lives together.


There is murder in the book but I feel setting out the details would give way too much of the story. It becomes a challenge for Sister Joanna to determine who, in the closed confines of the abbey, would kill.


The history is very well done without being obtrusive or overbearing. Sister Joanna is a credible medieval rather than modern character. Lest readers doubt a woman could have a major role in that era the book is set in the same century Queen Elizabeth I reigns over England.


It has been some time since I read a good historical mystery. Reading The Crown reminded my how history comes alive in the best historical mysteries. I thank Marian at the Sleuth of Baker Street Bookstore for recommending the book to me. I look forward to more mysteries featuring Joanna Stafford. (Jan. 25/13)
Posted by Bill Selnes at 6:10 PM