The winner of the Harper Lee Prize for Legal Fiction in 2013 was announced earlier this week. It is Havana Requiem by Paul Goldstein.


The other books on the shortlist were:


The ABA Journal invites readers to vote on which of the three books on the shortlist should win the prize. Havana Requiem was also the winner of the Readers Choice poll with 39.63%. Defending Jacob was 2nd with 38.97% and The Wrong Man was 3rd with 21.4%. What was noteworthy to me was that 1,519 votes were received by the ABA Journal. 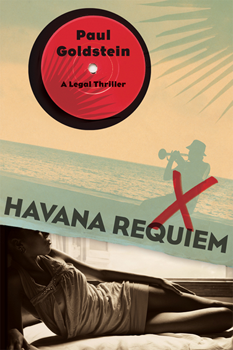 On the University of Alabama Law School website for the Prize Goldstein is quoted as follows:


“Apart from its many other virtues, To Kill a Mockingbird was the first the novel to show me that it is possible to write about law and lawyers in a profoundly human, as well as literate, way. More than fifty years later, it is impossible to study any of the better lawyer-heroes of today’s novels without finding Atticus Finch looking back at you. I like to think that Michael Seeley, the hero of Havana Requiem, embodies not only Atticus’s integrity, but also his unvarnished nobility, and the Harper Lee Prize is not only a great honor for me, but evidence that perhaps I got it right.”


The site further sets out his distinguished legal career:

Goldstein is a member of the bars of New York and California and, since 1988, been of counsel to the law firm of Morrison & Foerster LLP, where he advises clients on major intellectual property lawsuits and transactions. He has regularly been included in the annual volume Best Lawyers in America. 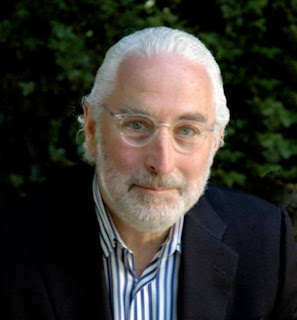 Since 1985 Goldstein has been the Lillick Professor of Law at Stanford Law School. He has testified before congressional committees on intellectual property legislation, been an invited expert at international governmental meetings on copyright issues, and he is a member of the editorial boards of leading intellectual property publications in England, Germany and Switzerland.

He has served as visiting scholar at the Max Planck Institute for Foreign and International Patent, Copyright and Competition Law in Munich, Germany, and he is a member of the founding faculty of the Munich Intellectual Property Law Center.
His website is http://paulgoldstein.law.stanford.edu/.


With regard to fiction he had written Errors and Omissions and A Patent Lie prior to Havana Requiem.


I have not read any of Goldstein’s books. I need to go looking in bookstores.


I am currently reading The Wrong Man after receiving strong recommendations from commenter Kathy D. I am enjoying the book and thank her for pushing me to read the book.