“N” is for Alamo, North Dakota by Phil Rustad 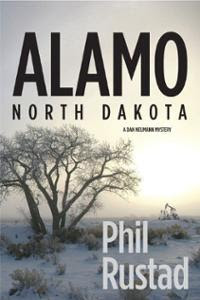 “N” is for Alamo, North Dakota by Phil Rustad – Dan Neumann is a semi-retired Minneapolis homicide detective who stays active writing books on forensic ballistics and consulting with police departments and being an expert witness. Life is good though a bit humdrum.


The peace of his quiet Minneapolis suburb in late fall is destroyed when his friend, Pete Anderson, calls him. Pete’s Grams, his grandmother Anderson, has been killed by someone who broke into her home.


Dan rushes over to the home and offers his support to Pete and the Edina Police Department. Family and investigators are puzzled that nothing was taken. 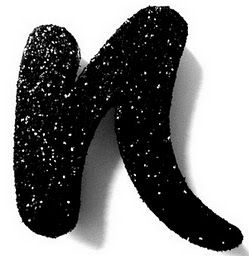 Searching through her possessions the family makes a pair of unexpected discoveries that go back to Gram’s roots in northwestern North Dakota at the small community of Alamo.


There is a collection of letters written over decades from a man who loved Grams and signed each letter “Forever Yours”.
There is also a deed about mineral rights in North Dakota.


Finding an electronic device that bypassed the alarm system seems more professional than the average local burglar. Still, with no motive for the breakin the police are finding it difficult to move the investigation ahead.


Shortly after, an intrusion into Pete’s home is thwarted by Sinbad, the family dog. Evidence of a comparable electronic device to bypass the alarm is found.


Once again no one can find a reason for the second incursion.


With both investigations faltering Dan is looking forward to a visit for Thanksgiving from Maria, an LEO (Law Enforcement Officer) from Phoenix, Arizona was has brought joy into his life.


Readers are able to know the purpose of the breakins as the perpetrators are identified and discuss their actions.


The action heats up on a dramatic Thanksgiving Day and the mystery starts to unravel.


The investigation takes Dan and other officers to western North Dakota, where the Bakken formation has produced the greatest oil boom in an American region in the last 25 years.


Dan is a staunch Minnesotan. He avoids flash. He is reliable. He exudes the form of earnestness displayed in the movie, Fargo, by the pregnant police chief played by Frances McDormand.


Do not expect any flaws in the good people. They are all solid persons who love guns. Even in Minnesota most of the men are carrying guns and proud to have them.


It is a pretty good mystery. It was interesting to learn about American oil leases. Non-lawyers may not be as excited.


Not many mysteries have tried to take an ongoing economic event, the Bakken boom in the book, and work it into the story.


For much of the book I thought the name of Alamo for a North Dakota town did not fit. I am accustomed to North Dakota place names related to the European origins of settlers. I did not recall many Texans homesteading in North Dakota. Notes after the ending proved me wrong. It is a good choice for the name of the town.


I did find some frustration as, based on the information disclosed in the book, Dan and the other investigators were far slower in recognizing the significance of evidence than I would have expected. (July 8/13)


Alamo, North Dakota, is my post for the letter “N” in the Crime Fiction Alphabet meme being hosted by Kerrie Smith at her blog, Mysteries in Paradise. My connection to my “N” is that many times I have travelled  through and around North Dakota on trips through the northern United States. Rustad does a good job of describing North Dakota geography and climate. When I bought the book I did not realize probably 2/3 of the story was in Minnesota rather than North Dakota.
Posted by Bill Selnes at 10:45 PM