The Wrong Man by David Ellis 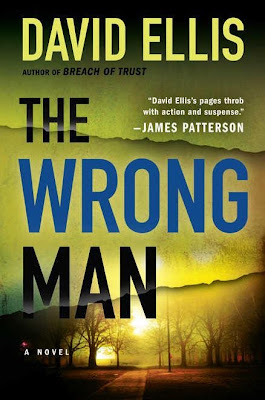 The Wrong Man by David Ellis – What a bundle of emotions I have about this book.


I liked Jason Kolarich as a hard working, clever and determined defence lawyer willing to take on the defence of a homeless Iraq War veteran, Tom Stoller, charged with murdering a young paralegal, Kathy Rubinkowski, on the streets of an unnamed mid-American city.


I disliked Kolarich as a stubborn loner, a cowboy in his words, who is prepared to personally assault and torture in the pursuit of justice. I have a problem with vigilante lawyers.


I admired Kolarich taking on the murder defence pro bono but found it improbable that he could put his whole firm onto the defence with little apparent means to sustain themselves financially.


I thought Kolarich’s efforts to defend the deeply psychologically damaged Stoller superb. His plan to plead insanity and raise the post traumatic stress disorder suffered by his client while in Iraq very well done. The challenge of building evidence for a defence was demonstrated. It is not a simple process. Experts offer different theories. Evidence does not fit precisely the defence to be argued. Judges make unexpected rulings.


My favourite scenes are his efforts to interview his client. Few clients are articulate. Many struggle to express themselves. You have to understand your client to be able to defend him or her. Kolarich’s meetings with Stoller are moving.


When the plot moves into court the arguments and questioning of witnesses are authentic.


I expect Ellis was venting some past frustrations in the creation of the irascible aged Judge Bertrand Nash who berates all counsel appearing before him.


Ellis has some fine phrasing:

“I don’t believe in coincidences,” I said. “But I do believe
in cover-ups.”


At the same time there is a spectre of Mob involvement and a shadowy conspiracy. They sapped credibility from the plot and were a distraction. There was more than enough tension built into the struggle to defend Stoller in a conventional legal mystery.


The book veered from a legal mystery to thriller. As often in thrillers there was a mystery woman and attacks upon the hero. I wish Ellis would have been content to develop the legal mystery. The book is well suited for Hollywood. It will barely need to be adapted. As the book began I was thinking of John Grisham but as it progressed it became more Christopher Reichs.


The book was on the shortlist for the Harper Lee Prize for Legal Fiction. While there are aspects of the book I did not enjoy, I admire those determining the shortlist for including The Wrong Man. It departs from the regular legal mysteries which were past winners – The Confession by John Grisham and The Fifth Witness by Michael Connelly. I have purchased this year’s winner, Havana Requiem, and am interested to find out whether it fits more into legal mystery or legal thriller or some other form of legal fiction.


The action is well done. The book moves swiftly Ellis ties together the strands of the plot well. It is a good book. Readers wanting a high paced thriller with a lawyer as hero will find it a great book. For myself, I would have preferred more court and less mayhem. (July 22/13)
Posted by Bill Selnes at 10:11 PM