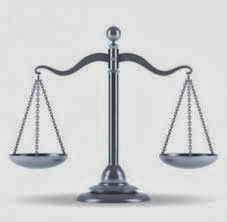 Often when I read crime fiction in which it is alleged there is a conspiracy against the good guy or the creation of false evidence or a scheme to frame someone I am skeptical. Well, after reading about real life former Canadian private investigators, Cullen Johnson and Elaine White, I will have to more willing to accept such stories are credible.


The incredibly brazen Johnson and White manufactured evidence for years to be used in Canadian court cases.


They were successful for several years partially because of their professional backgrounds. In a Canadian Lawyer Magazine article it was stated:


The fact lawyers were hoodwinked by Johnson and White is no surprise given the couple’s professional pedigrees. What’s known about White is she once worked as an investigator for a subsidiary of Lindquist Avey, a well-regarded forensic accounting firm in Toronto in the ’90s later purchased by Kroll. Johnson was a police officer with the Toronto Police Service, where he enjoyed success during his 20-plus years on the force. He became an assistant in the chief’s office, a detective sergeant in the intelligence branch, and spent a number of years with internal affairs. Colleagues recall him as a competent and scandal-free officer.


The Canadian Lawyer Magazine focuses on the story of Eric Cunningham, a marketing executive and former Member of the Provincial Parliament for Ontario, who was in the midst of divorce proceedings when a multi-million dollar claim was made against him that he had secreted funds off shore.


In the case of Cunningham, they presented Blaneys with an impressive-looking 59-page, single-spaced dossier, replete with bank account numbers, dollar amounts, and wire transaction records — for the most part fiction


Cunningham went through a multi-year struggle to clear his name and is now suing his wife’s lawyers, Blaneys, and others for the fraud.


In Alberta Cullen and Johnson provided false information in a family estate case involving the Gouin brothers. In the trial judgment for defamation by the brothers against Johnson and White Justice Lee summarized:


[52]  In the present case, the Defendants used their businesses to sell fake financial information about one person to a person who wanted to find "dirt" on another in order to sue that person. The sale of such information has wreaked havoc on the lives of innocent people, financially and emotionally. Notwithstanding the fraudulent nature of the financial information sold in this case, the Defendants continue to insist on the accuracy of the information they provide. These Defendants have hidden in Bahamas in order to avoid facing charges in both Ontario and the United States for this same conduct. Their disregard for honesty and the justice system, and the callous manner in which the Defendants have conducted themselves, define the very circumstances by which punitive damages should be awarded.


The consequences of their actions went beyond financial harm. Canadian Lawyer sets out another case in which it was alleged Lorraine Teicht, who was the lottery ticket buyer for herself and a group of co-workers who jointly purchased tickets, had taken money from a winning ticket:


White and Johnson produced a report saying Teicht had indeed stolen the lottery winnings and stowed the cash offshore. Driven by this false information, Teicht’s co-workers harassed her for months, causing Teicht to have two nervous breakdowns and other health problems.


The ticket had actually been stolen by the variety store owner who had sold the winning ticket.