Do You Watch and Read Fictional Crime Stories Looking for Errors? 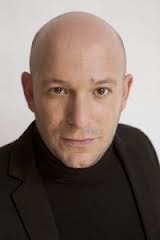 I said in my review of The Missing File by D.A. Mishani that were references to crime fiction in the book.


Avraham continues on his motive:


With every crime novel I read, I conduct my own investigation and prove that the detective in the book is mistaken, or else deliberately misleads the readers, and that the true solution is not the one he presents.


As his example Avraham claims that Hercule Poirot in The Mysterious Affair at Styles “frames one of the characters who is completely innocent”.


What Avraham and his creator, Mishani, do not disclose is why Poirot would frame a character which I consider unfair to Poirot and his creator, Agatha Christie. If you are going to defame one of the most famous fictional detectives at least provide the basis for your bold statement.


At the same time Mishani is describing a process I go through with in reading and watching legal mysteries though not to prove the fictional lawyer is wrong or mistaken. What I am watching is whether the writer got the actions of the lawyer legally correct.


I cannot watch or read about a fictional lawyer without making that judgment. Sharon and I watched many many episodes of Law & Order. We both enjoyed the show. She will also recall that I would blurt out loud, not every episode, but often enough “that couldn’t happen in court”.


Most often it was the use of leading questions when a lawyer was questioning a witness they had called to the stand. On examination in chief you must ask factual questions and let the witness provide the narrative. On cross examination of the other side’s witnesses you can ask leading questions. I understand that screen writers and authors use the leading questions to save time and space but the entertainment practice remains wrong.


I find authors of legal mysteries, especially those who are lawyers, do follow the Rules of Court. Getting it right on paper, where there is more flexibility on length then in a movie or T.V. series, makes it a little easier.


I have occasionally noted to friend and Saskatchewan author, Gail Bowen, that her legal procedure is not always right. She gently but forthrightly explained her decisions as an answer in a set of Q & A we had in 2011:


I’m also grateful to the lawyers who check out ‘the law’ in my books.  Truly this is a case where the errata are my own.  They give me good advice, and occasionally I ignore it.  Writers of fiction are mercifully freed from some constraints.  As Peter Robinson says, ‘never let the truth get in the way of a good story.’


Mishani, as quoted in my recent post on the difficulty of writing and setting crime fiction in Israel agreed it is challenging. In that post I quoted the following passage from The Missing File:


Because we don't have crimes like that. We don't have serial killers; we don't have kidnappings; and there aren't many rapists out there attacking women on the streets. Here, when a crime is committed, it's usually the neighbour, the uncle, the grandfather, and there's no need for a complex investigation to find the criminal and clear up the mystery. There's simply no mystery here. The explanation is always the simplest.


In his own book Mishani writes a complex investigation for Avraham with regard to the missing teenager, Ofer.


As I do not want to provide spoilers I cannot say whether the solutions in The Missing File and Lineup, the previous Israeli mystery I have read, are “the simplest”.


What I will say is that both books are not as complicated as most mysteries being written in this era. Neither The Missing File nor Lineup require a genius at detection nor a forensic scientist to solve the crime. They are competent police procedurals.
Posted by Bill Selnes at 12:18 AM