The Lawyers of Kill All the Lawyers by William Deverell 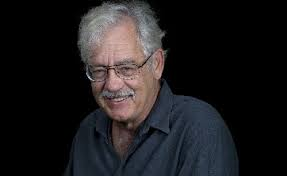 In my last post I put up a review of Kill All the Lawyers by William Deverell. The book is so funny and the characters so vivid I have a follow up post.


In the opening four pages Deverell wittily skewers the pretentions of both lawyers and writers of mysteries.


Starting with the lawyers of Vancouver being concerned over the murder of a member of the bar:


For a while, the Bar Association maintained pressure on the authorities to solve this crime. Lawyers don’t get killed. Lawyers were members of a professional elite, safe, sacrosanct, removed from the battle. Police and criminals get killed, not lawyers.


Brian examined the typewriter keys, as if seeking coded answers there. No suspects, no motives. One victim. Crushed to death beneath an enormous writer’s block.


The lawyers of Pomeroy, Macarthur, Brovak and Sage are far from the conservative legal stereotype. Flamboyant barely encompasses them.


Brian Pomeroy, while jubilant over the collapse of a Crown case freeing the Kitswuk Five (a group of Indians charged with setting dynamite near a salmon ladder that inadvertently killed two people) is half heartedly trying to end an affair with a luscious bad poet, Charity Slough.


John Brovak snaps in the midst of the Monster, a 6 year long odyssey involving the trafficking in cocaine. The key defendant is 12 fingers Watson (he has two stubby additional digits). It is the fifth month of the current re-trial. In a scene that made me laugh out loud Brovak takes literally a comment from the trial judge that he wanted to see “the goddamn end” of the lawyer. What trial lawyer has not dreamed of some outrageous action to express frustration in the courtroom? A contempt citation ensues and the firm plots his defence wondering whether to get him a “shrink, a lawyer or an exorcist”.


Max Macarthur, to the dismay of his partners, accepts the brief of the Crown to handle the Crown appeal of the Milsom dismissal. They are aghast at his decision as they have always been a defence firm.


Augustina Sage leaves articling student, Wentworth Chance, squirming when she completely disrobes as they share a steam in the office steam sauna.


Within the firm Augustina deals with the civil cases that come their way. Her big case involves a lawsuit by 18 aboriginal former boarding school students against the rector, the Rev. Arnold S. Doyle.


Young Chance finds himself in a situation they do not prepare you for in law school. The firm is defending Minette Lefleur for being “the alleged keeper of a houseboat of prostitution” tied up at Granville Island. Chance is dispatched to the houseboat so their client can show him why she has a very good defence to what would seem a certain conviction. Chance goes weak in the knees at the houseboat when Ms. Lefleur invites him into her bedroom – her “parlour of love” – to show the young man the evidence.


Just keeping up with the characters makes the book fun to read. If you think Deverell had to stretch to create such lawyers read the biography on his website. If anything he underplayed some of the lawyers of his days in the courts of Vancouver.