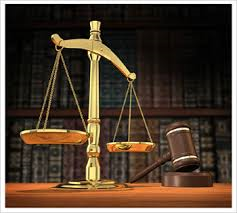 A week long jury trial that has turned into a trial longer than a week has taken me away from blogging for a few days. I expect life to allow me more blogging time by the middle of the week.


Also keeping me away from the blog was a trip to Alberta last weekend to attend the graduation banquet from law school for our younger son, Michael. We spent the weekend in Banff where the banquet was held. Spring in the Rockies has been as late as Saskatchewan. It snowed most of the weekend in the mountains. The banquet was a wonderful event. (A year ago Michael provided a guest post review on One-L by Scott Turow which is a barely fictionalized account of Turow’s 1st year law experience at Harvard.)


In my last post I set out the primary 13 lawyers in the 7 legal mysteries I read during what I had thought would be spring.


Out of the group there were 2 prosecutors, 6 defence counsel, 4 civil litigators and 1 articling student (in Canada law school graduates must spent a year of apprenticeship called articling before they can gain admission to the bar).


While not intentional I wonder if I, unconsciously as a defence counsel in the criminal cases in which I am involved, looked to books featuring lawyers defending those accused of crimes. I certainly relate better to defence lawyers than prosecutors.


Out of the 4 lawyers in civil cases 3 of them represented plaintiffs. Only 1 lawyer, David Sloane in The Jury Master, acted for defendants. My practice also includes civil court cases. Where the parties are individuals I represent both plaintiffs and defendants. When the cases involve large corporations or governments I will be on the plaintiffs side of the courtroom.


The books do a good job of showing that the personalities of lawyers are reflected in their court personas.


Brian Pomeroy and John Brovak in Kill All the Lawyers by William Deverell are larger than life characters whose private lives are filled with crises. In court they are the classic Hollywood lawyers relishing the dramatic moment.


Steve Solomon, featured in Paul Levine’s Solomon & Lord series, is flamboyant and funny in and out of court. While Solomon is over the top in his fictional courtroom humour there is wit in real life courtrooms. In the tension of a court case all involved may find humour. Often it is not as funny when repeated as it is the humour of the unexpected moment rather than a planned joke.


Rarely on T.V. or in the movies do we see a quietly effective lawyer guiding his or her client’s case through the legal system. They do appear in books where their subtler skills can be better expressed.


Jonathan Klein in Defending Jacob by William Landay is a defence counsel who does not dazzle with verbal pyrotechnics. At the same time he will be the lawyer to find the case for a legal argument that can provide victory.


Godfrey Higgs, the defence counsel in Who Killed Sir Harry by Eric Minns, is the fictional and real life name of the lawyer who successfully defended Sir Alfred de Marigny in 1943 in the Bahamas. Higgs, unlike Steve Solomon winging it in the courtroom, carefully built up the information to allow him to impeach the credibility of a supposed Miami fingerprint expert in the Bahamian murder trial.


Victoria Lord dresses conservatively and prepares obsessively. She functions well in court cases which proceed essentially to the lawyer’s plan. She does find it harder to adjust her strategy in the middle of the trial.