Who is Susan Wolfe? 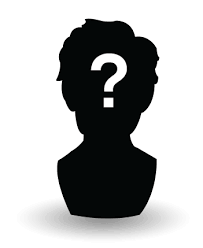 
Her name is common enough that searches pull up lots of Susan Wolfe's with several of them being authors.


On goodreads.com there are The Last Billable Hour, Promised Hand, The Deer from Ponchatoula and From the Ground Up: Building Silicon Valley. Only The Last Billable Hour is a mystery. The Promised Hand is a “turn of the century” story about an arranged marriage. The Deer from Ponchatoula is a children’s story. From the Ground Up: Building Silicon Valley is essentially the story of the primary author and architect, Goodwin Steinberg.


There are also numerous books by Susan J. Wolfe and then there is Australian author, Sue Wolfe.


On Amazon the Susan Wolfe who wrote The Promised Hand is set out:


Susan Wolfe, an award-winning author and community leader, is a graduate of Stanford University and the prestigious Wexner Heritage Foundation Seminar in Jewish studies. Her professional honors include the Kathryn D. Hansen Publication Award for 1994. The author of three previous works, Ms. Wolfe and her family live in Palo Alto, CA


On alibris.com Susan Wolfe is described as:


Wolfe is an award winning author and community leader, and is a graduate of Stanford University and the prestigious Wexner Heritage Foundation program in Jewish studies.


The Susan Wolfe who is listed as writing From the Ground Up: Building Silicon Valley with Steinberg is reported to have been born in 1950.


Google has the Susan Wolfe who wrote The Last Billable Hour and The Promised Hand to also be born in 1950.


At the same time on Linkedin the Susan Wolfe who was a co-author on From the Ground Up: Building Silicon Valley it states:


Susan holds a degree in communication from Stanford University and was selected in the first cohort of the esteemed Wexner Heritage Foundation program in the Bay Area. After a career in newspaper and television reporting, Susan served as assistant director of the Stanford Centennial Celebration, responsible for marketing and communications. Her professional honors include an award for her television public service campaign for the Stanford Centennial and, for one of her books, the national Kathryn D. Hansen Publication Award. Among her other published books, From the Ground Up: Building Silicon Valley, co-authored with the late Goodwin Steinberg, FAIA, was published in 2002 by Stanford University Press.


No degree as a lawyer is mentioned.


Susan Wolfe, an award-winning author and community leader, began her tenure as an Associate Director at the Hoover Institution in January of 2011. Previously, she served the Koret Foundation since 2003, most recently as Director of Grantmaking Programs and Communications.


In a short line of posts on a discussion on Amazon the participants say that Susan Wolfe worked in law and business, did not write a sequel, retired in 2007 and is working on another book.


The last post from Hermia this past summer states:


Susan is working on another novel. It's not a continuation of this series, but it is, so far, very enjoyable. Not quite ready for market yet.


I am not really sure if I have been describing the same Susan Wolfe or two different Susan Wolfes. Maybe a reader can help me. It is surprising to me that it is so difficult to be clear on the author who won the Edgar in 1990 for best new mystery novel.


I hope she does write another mystery shortly so that the mystery of the real Susan Wolfe can be solved.
Posted by Bill Selnes at 11:42 PM