Where I Stand on Free Speech 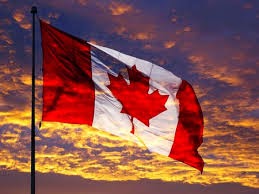 Yesterday fellow blogger, Margot Kinberg, at her blog Confessions of a Mystery Novelist put up a fine post defending free speech as she made her stand - Je suis Charlie. I stand with her. Since reading Margot’s post I have been reflecting on free speech in Canada and its relationship with religion.
I expect that simple sentence of Je suis Charlie to become the slogan of those in the world who support free speech.
The Canadian Charter of Rights and Freedoms states in Article 2:
2. Everyone has the following fundamental freedoms:

(a) freedom of conscience and religion;
(b) freedom of thought, belief, opinion and expression, including freedom of the press and other media of communication;

I appreciate that they appear as fundamental freedoms within the same paragraph.

Our courts have said our freedoms are not in a hierarchy but exist together.
While we place free speech among our fundamental freedoms we still have within the Canadian Criminal Code a section on blasphemy:
296. (1) Everyone who publishes a blasphemous libel is guilty of an indictable offence and liable to imprisonment for a term not exceeding two years.
In 1935 the Rev. Victor Rahard, an Anglican priest in Montreal was charged under the section with committing blasphemous libel against the Roman Catholic Catholic church.
Among his statements he said:
The Roman Church is not content with the commandments of God. She wished to have her own commandments for the satisfaction of her ambition and the prosperity of her shop.
First of all it should be observed that these commandments be a false name. It is not the commandments of the church that they should have been called but the commandments of the Roman clergy.
Rahard called Catholic churches dens of commerce.
The trial judge said he must consider whether the words were "calculated and intended to insult the feelings and the deepest religious convictions of the great majority of the persons amongst whom we live". He convicted Rahard.
While no one has gone to trial under the section for 80 years and everyone expects that if a charge was laid that the provisions of the Charter on free speech would provide a defence it remains disconcerting that it is still within our Criminal Code.
In 1980 a charge under the section was laid against the distributor of the Monty Python movie, The Life of Brian. The charge was subsequently dropped.
I have decided to write to my Member of Parliament to ask him to lead in seeking repeal of the blasphemous libel section of the Criminal Code.
Bloggers with regard to crime fiction love words. We want the freedom to express our opinions of books and authors. Some of those books are bound to involve religious or irreligious themes. We need to state our right to express our opinions on those topics.
It will not always be easy to support free speech. Not long ago a Saskatchewan Indian chief, David Ahenakew, spoke to a reporter for the Saskatoon Star-Phoenix after a speech:
The Jews damn near owned all of Germany prior to the war. That's why Hitler came in. He was going to make damn sure that the Jews didn't take over Germany, or even Europe. That's why he fried six million of those guys, you know. Jews would have owned the goddamned world. And look what they're doing now, they're killing people in Arab countries.
The reporter asked how Ahenakew could justify the Holocaust. The StarPhoenix quoted Ahenakew as replying:
How else do you get rid of a disease like that, that's going to take over, that's going to dominate?
He was charged with hate speech under the Criminal Code. While his remarks were abhorrent and our office was not asked to directly defend him we would have been willing to work on his defence.
I ask each blogger and reader to make their own public stand in support of free speech. We need to do more than be part of a silent majority. Je suis Charlie.
Posted by Bill Selnes at 10:41 PM