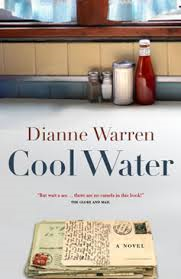 Earlier this week I posted a list of the 19 books I had read for the 8th Canadian Book Challenge which ended on June 30. There were 18 books of fiction and one work of non-fiction.


Of the 18 there were 13 set in Canada, 2 in China, 2 in the U.S. and 1 in Europe. Of the Canadian locations there were 5 different provinces. I am glad that 3 of the books were set in Saskatchewan.


The non-fiction book, Tough Crimes, is close to my heart as it features stories from top Canadian criminal lawyers of memorable cases in their careers. I continue to believe it will be a good resource for Canadian fiction writers in the next decade.


From the fiction list my favourite for the year is Cool Water by Dianne Warren. It is not a work of crime fiction. It is a wonderful evocation of contemporary life in rural Saskatchewan. I could relate to the characters, the setting and the plot. All were credible. As well the book was special as it was given to me by a young lawyer, now practicing in Vancouver, who is from rural Saskatchewan. I chose to write my review in the form of a letter to him.


Second on the list would be Silver Totem of Shame by R.J. Harlick. Since it was No. 1 on Bill’s Best of 2014 it would be hard to exclude from the top 3 of the Challenge. Set in B.C. the plot involved an iconic Canadian image, the totem pole, and wove a fascinating mystery from the death of the carver.


Third will be The Long Way Home by Louise Penny. The 10th Armand Gamache was a return to the form of earlier books in the series. I was relieved the series no longer involves the story line of internal Surete corruption and violence. In The Long Way Home the sources of inspiration for artists are explored as Gamache and Clara Morrow search for Peter, her separated husband.


While I was glad to see the return to brilliance of Penny I was disappointed in Michael Redhill and Ian Hamilton.


I have thought Hazel Micallef a powerful character but Redhill’s book, A Door in the River, had her embark on a strange unbelievable quest that involved an underground manmade cave in a farmer’s field. It ventured into the bizarre.


I continue to have high regard for Hamilton’s sleuth, Ava Lee, but I was unhappy with the direction of series. I summed up my thoughts in my review of The Red Pole of Macau:


I expect to read another in the series this year with the hope Hamilton returns to Ava relying on her mental skills. There are enough violent action heroes.


Of the newcomers I thought Sam Wiebe is off to a fine start with his book, Last of the Independents. I think the crime fiction world will be seeing him as a talented new writer.


The 8th Challenge is behind me and I am off to a good start on the 9th Challenge.
Posted by Bill Selnes at 11:21 PM