A Woman and Her Gun 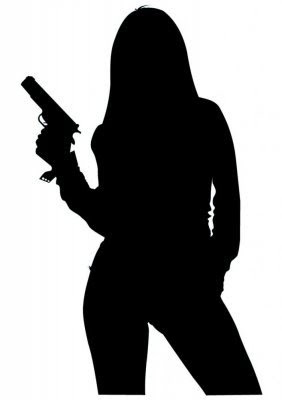 In my last post, a review of Tropéano’s Gun by John Brooke, I set out how Chief Inspector Aliette Nouvelle of the French Judicial Police, had been referred to a psychologist because she had not wearing her gun in the 20 years she has been a police officer.


Tropéano’s Gun has psychological involvement with characters beyond Aliette but I will focus on Aliette in this post.


In both books I have read in the series Brooke has dealt with the psychology of police officers.


In probing the minds of police officers Brooke did not look to the superficial – the very evil v. the very virtuous or the dysfunctional v. the supremely competent - in Walls of a Mind. He dealt with the nuances of the relationship between two women in authority, Chief Inspector Nouvelle and Agent Margot Tessier from the French Internal Secret Service.


There are no physical confrontation between the women but there is a subtler conflict of words and attitudes. They challenge the will of each other.


Each has obviously had to deal with male bias on their way to authority but there is no gender solidarity. The women in authority find it no easier to co-operate than men.


They inflict wounds of the mind.


In Tropéano’s Gun Aliette’s superiors require her to see a psychologist about her reluctance to carry her gun. While she professes not to wear it because she has never needed to use the gun in her police work her answer is unconvincing.


By not carrying a gun she creates risk for fellow officers if she is unarmed in a dangerous confrontation. The problem arose in Walls of a Mind.


Equally she may not be able to protect members of the public if a situation spirals out of control or arrest a criminal.


What is inside Aliette’s head that caused her to leave her gun in her underwear drawer for 20 years?


To remain an officer she starts carrying her gun and going to the shooting range.


Carrying a gun does not mean she will use it but Aliette starts thinking differently with a gun on her hip. She is a little less careful. She will venture more readily alone into risky areas of the city. She becomes more aggressive.


How some men relate to her is different. There are men who are excited about a woman with a gun.


We usually associate guns with men. Readers can instantly visualize a man with a gun. Do we see a woman with a gun differently?


Jill Edmondson, in her series with Sasha Jackson that is set in Toronto, does not have her tough girl P.I. carry a gun. In an interview she said she will probably have to get Sasha carrying a gun to be credible.


I would say men think little about a gun. In Tropéano’s Gun Aliette thinks a lot about her gun. She has a sense of power from carrying a gun that is absent when she is unarmed.


When Aliette is forced to play in her sandbox it is the psychologist who places a toy handgun in the sand to get her started. Aliette scraps a hole in the sand to the bottom of the box. She associates the blue bottom with the sea. Told by the psy to do as she wants in her world Aliette leaves “the gun at the bottom of the sea”.
****
Brooke, John - (2014) - Walls of a Mind and Clashing Women in Authority; (2015) - Tropéano’s Gun
Posted by Bill Selnes at 7:26 PM