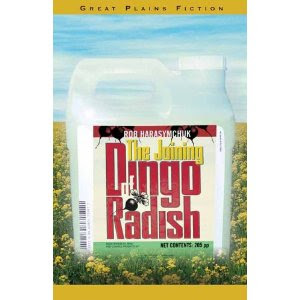 Last week Margot Kinberg at her superb blog, Confessions of a Mystery Novelist, put up a post in which she considered 278 sleuths from crime fiction she has read. She was seeking to determine whether the percentage of dysfunctional sleuths had changed over the years.


She defined them as:


Dysfunctional sleuths may show that dysfunction in any number of ways (e.g. drugs/alcohol, a series of ruined relationships, psychological instability). None of this means that these characters can’t solve crimes; some are brilliant. And many (I’m looking at you, Inspector Morse!) are beloved. But they have blind spots, if you want to put it that way, that they just can’t seem to overcome.


In the post she set out from Golden Age sleuths the percentage was low at 5%. She acknowledged that her sample size was modest.


The post inspired me to look at Canadian crime fiction sleuths I have read. I quickly noted in a comment on Margot’s blog that the major Saskatchewan sleuths (Joanne Kilbourn by Gail Bowen, Russel Quant by Anthony Bidulka and Bart Bartkowski by Nelson Brunanski) are all functional sleuths.


I decided to take a look at other Canadian sleuths I have read and see how many I would consider dysfunctional. My reviewing has covered 43 Canadian sleuths. For this post I am not looking at sleuths created by Canadians who live outside Canada.


Out of the 43 sleuths I would consider 7 to be dysfunctional by Margot’s definition. The percentage works out to be 16%.


I expect I lean to considering a sleuth functional though they may have some problems.


Another illustration of my approach is Hazel Micallef, the police chief of the fictional Port Dundas, in the series by Inger Ash Wolfe (the pen name of Michael Redhill). She has health and alcohol issues but I see her functioning well.


Of the 7 dysfunctional sleuths they were located in Alberta, B.C., Ontario and Saskatchewan.


While I noted the primary Saskatchewan sleuths were functional I consider Anthony Bidulka’s new character, Adam Saint who is a disaster agent, dysfunctional though he is working on changing his life.


The other dysfunctional Saskatchewan sleuth is Dingonaslav Marion Radashonovich from The Joining of Dingo Radish by Rob Harasmychuk. Dingo is from a struggling rural family who supplements his income by theft and is a hard man.


While I was not surprised that a lower total of Canadian sleuths were dysfunctional than determined by Margot there was one sub-category I had not thought about until I did my Canadian analysis.


I have read books featuring 15 Canadian women sleuths. I would not consider any of them dysfunctional. Hazel comes close but I still consider her functional.


I turn the analysis back to Margot on how many of her much larger list of sleuths were female and what percentage were dysfunctional.
Posted by Bill Selnes at 8:32 PM