Losing the Rule of Law in Mexican Drug Wars 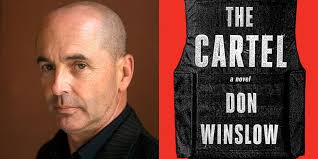 In my last post I reviewed Cartel by Don Winslow. It was a powerful and disturbing portrayal of the drug trade in Mexico this century. Cartel shows what happens if a nation abandons the Rule of Law. When guns take over chaos and death follow.


In Canada there are major criminal organizations. The Hells Angels, Indian gangs, Asian gangs and Mafia families are all carrying on the drug business. While there is conflict between them and constant police pressure the Rule of Law prevails in Canada.


As our nation deals with organized crime there is a constant tension. Our courts and Parliament balance individual freedoms against effective enforcement of the laws against drug dealers.


Respect for the law is being challenged by our evolving approach to marijuana. Canada is on the verge of decriminalizing possession of marijuana. Growing and selling marijuana is going to be big business in Canada.


The issue at this time involves the current laws on possession of marijuana are not being consistently enforced in Canada. It is a rare event for a recreational user of marijuana to be prosecuted in Vancouver. It happens every day in Saskatchewan.


It is never good for the Rule of Law to have selective enforcement of laws.


I am not sure of the consequences when marijuana is decriminalized. I will be glad to see marijuana removed from the products being sold by criminal organizations. Even more important we will return to a nation-wide enforcement of drug laws.


Cartel stated there were 7,000 murders in Ciudad Juarez by 2010 with barely any prosecutions. Who can respect the law when it is not enforced?


Out of all the participants in the legal system of Mexico the courts of that nation play no role in the book.


Where large sums are paid to the police and to the military and to politicians there are no payoffs in the book to judges and prosecutors. It would appear there is no need to buy them off. They have a negligible impact on the drug trade.


When someone happens to be arrested for participating in the drug trade there appears a good chance from Cartel they will be convicted and sent to jail. While conditions are brutal any high ranking narco will be well treated and there is the constant prospect of a jail break. Drug business is not even interrupted by a jail term.


Most frightening in the book is the shift, led by America, to assassinate enemies rather than arresting and trying them.


Within Cartel that philosophy is set out as shifting from counterinsurgency to anti-terrorism. Instead of preventing attacks and building relationships it is a philosophy of killing, especially drug lords. Mexican marines, apparently the only non-corruptible force in Mexico, look to “arrest them if we have to …. kill them when we can”.


Last year I remember reading a news report of a raid on a Mexican ranch where 42 narcos were killed against 1 dead police officer.


Hitler and Stalin make mockeries of the judicial systems of Germany and the U.S.S.R. with show trials of those individuals considered dangerous to the government. In Mexico of the 21st Century, Cartel depicts a criminal justice system that does not even have show trials before executions.


The trials at Nuremberg after WW II were to mark a new approach to dealing with war crimes. In recent years the ICC has sought to codify the prosecution of war crimes.


The new killing approach is eliminating the Rule of Law as there are no trials.


I do not know how to restore the Rule of Law in Mexico. The law is being ignored by narcos, law enforcement and politicians. Who can lead the way to enforcing the law?


There is a brave attempt by women in The Cartel, living in the vicinity of Ciudad Juarez, one of the major drug entry points to America. They take over positions in municipal administrations and local police forces because the men were afraid of being killed. Clearly outgunned by everyone they are challenging the narcos with their belief in the Rule of Law.


I hope the citizens of the Western World realize how important the Rule of Law is to preserving freedom.
Posted by Bill Selnes at 8:55 PM