A Famous Holograph Will 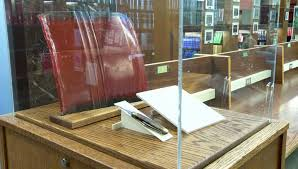 In The Wrong Side of Goodbye a holograph (handwritten) will by 85 year old Whitney Vance is a vital part of the plot involving Harry Bosch’s search for a living descendant of Vance.


For the wealthy holograph wills can replace carefully crafted wills leaving estate plans in turmoil. Readers who watched the original version of the T.V. series, Dallas, may remember the tumult when patriarch Jock Ewing died and a holograph codicil turned up that completely altered the hundreds of pages of trusts in the will he had previously signed. Family conflict erupted.


Holograph wills are generally good business for lawyers as interpretation is often needed. What was clear to the maker of the will is not always clear to those who read it after death.


In Sycamore Road by John Grisham a holograph will by a white businessman, Seth Hubbard, gave the bulk of his multi-million estate to an African American housekeeper. (I am a little surprised some have thought Grisham showed a lack of originality in Rouge Lawyer with Sebastian Rudd having a strong resemblance to Connelly’s character, Mickey Haller. When Connelly used a holograph will I have yet to see a complaint that he was too close to Grisham’s use of such a will.)


In The Wrong Side of Goodbye there is a clever additional twist with regard to the holograph will. In the package mailed to Harry that contains the will there is the heavy distinctive gold pen used to write and sign the will. The pen was made from gold mined by Vance’s great-grandfather and has been handed down in the family from generation to generation.


The pen will make it easier to establish the holograph will is genuinely written and signed by Vance. In proving the writing and signing of the will the pen would be important for it was the pen used by Vance to sign documents. If the ink in the pen matches the ink on the will there is important proof supporting the validity of the will.


Holograph wills are an exception to the requirement that wills to be valid need to have the signatures of two witnesses. Who can be the witnesses is a subject for another post.


As we now live in an era where some people rarely handwrite anything and some signatures are more printed than written I wonder how experts will give opinions on contested holograph wills in future cases. Experts need examples of uncontested handwriting to have the comparisons needed for analysis


While I have not researched California law in Saskatchewan the Wills Act provides that that a holograph will must be totally in the handwriting of the testator, the maker of the will.


As a young lawyer I dealt with a case where the testator’s wife had printed the will and he had then signed it. Though no one was challenging the will it was rejected for probate as he had not written all of the will.


Holograph wills need not be written on ordinary paper. I once probated a will that was written by the testator on the back of an envelope. We filed the envelope as part of the application for probate.


The most famous holograph will in Saskatchewan and, perhaps the world, was written in 1948.


A farmer in west Central Saskatchewan, Cecil Harris, was pinned beneath his tractor when it rolled on its side. While Harris could not free himself he could move his upper body. Taking out his jackknife he scratched on the fender of his tractor:


In case I die in this mess I leave everything to the wife. Cecil Geo Harris


While discovered alive he died from his injuries. 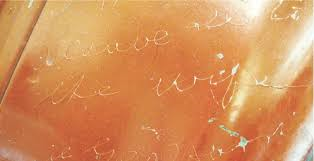 In the 1920’s a British court had refused probate of a will written on an egg shell.


The fender will and jackknife are vivid legal artifacts of a Saskatchewan tragedy.
Posted by Bill Selnes at 8:03 PM