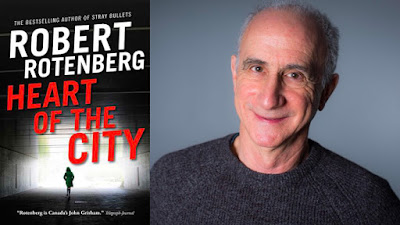 In my review of Heart of the City by Robert Rotenberg posted a few days ago I expressed my regret over the minimal role of lawyers in that mystery. In one of the few scenes where a lawyer was important long time defence counsel, Ted DiPaulo, is frustrated over a client who had lied. He says:

“I’ll tell you what happens with clients like you,” DiPaulo said through gritted teeth. “They get convicted. They go to jail. I lose. I hate to lose. When I lose, I don’t sleep for days. And I like to sleep. How can I possibly represent you now?”

DiPaulo expressed a sentiment common to trial lawyers, both criminal and civil. Lawyers hate to lose. In discussing whether to proceed with a trial I tell clients I do not recommend a trial unless I am confident we can win. I finish the discussion by saying I hate to lose.

Contrary to public perception lawyers want to win according to the rules. A competition without rules is impossible. Civil court actions proceed under the Rules of Court. Saskatchewan’s Queen Bench Rules are 479 pages in length. In Western democracies we live under the Rule of Law.

While trial lawyers can be overtly or quietly aggressive in court their common character trait is competitiveness. You need passion to succeed as a trial lawyer. Without passion the long hours of preparation and the stress of conducting trials could not be endured.

There is an exception to hating to lose for those trial lawyers who are prosecutors. Their role is not to win but to present the facts and law to the judge. Yet prosecutors must be competitive to fulfill that role.

I cringe when reading books in which victims of crime think of prosecutors as their lawyers. It is worse when fictional prosecutors espouse the cause of victims. Such personal identification with victims is great for drama but bad for objectivity. Canadian prosecutors represent all members of society as counsel for the Crown (the provincial or federal government).

The fear of defeat drives lawyers harder than the anticipation of victory. Some years ago I wrote to Saskatchewan author, Gail Bowen that no lawyer, except in fiction, gets to win every case. She replied:

I think it would be good for Zack to lose a big case, especially if the case was one readers really wanted him to win and felt he deserved to win.  Any suggestions?

I took up the challenge and sent an email to Gail providing her with three examples of such cases – a medical negligence action, a criminal case and a family law custody case – in which the lawyer expected to win but lost each case.

I added that if you really want to devastate a lawyer have him or her lose all three cases in a row. While such an experience is crushing real life trial lawyers go through such losing streaks. You can say to yourself as a trial lawyer that you do not win or lose but in reality it hurts to lose. It is modest comfort in a losing case to say you have done your best as the advocate for your client.

Tough Crimes contains a collection of stories written by real life Canadian criminal lawyers on memorable cases. It was not a surprise to me that several of the lawyers chose cases that they had lost in court. In particular, there were a pair of Saskatchewan cases where defence counsel I personally knew, Brian Beresh and Mark Brayford, saw their clients convicted. While both Brian and Mark faced overwhelming odds in their respective cases each continues to doubt their clients should have been convicted.

The pain of defeat is intense. You have expended everything you have and lost. It is a despair I have often in seen in 40 years of covering sports, especially CFL football. The most extreme example involved the Saskatchewan Roughrider football team after the 2009 Grey Cup. On the last play of the game, a missed field goal, they were assessed a penalty for too many men on the field. Montreal won the Grey Cup when they kicked the field goal after the penalty. There was a silence in the locker room I had only previously experienced at funerals.


Yet lawyers, as with athletes, are optimists. After a loss there is a belief we – I personally join in that belief – will win the next one. A competitive urge keeps trial lawyers going to court. It is the same urge that sends the trial lawyer back to the office the day after winning or losing a trial to deal with the next case for only in fiction does the lawyer not have a desk full of pending cases needing attention. If that competitive urge ebbs a lawyer will cease to be a trial lawyer.
****
Links to the posts concerning Gail Bowen referred to in this post -
2011 Questions and Answers with Gail and 2011 Suggestions for Gail on losing court cases.

Links to Tough Crimes and the cases chosen by Brian and Mark -
Tough Crimes and Saskatchewan Cases Involving Wrongful Conviction and Jury Nullification
Posted by Bill Selnes at 9:44 PM