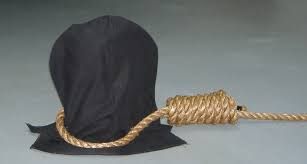 In my last trio of posts I have been discussing The Work of Justice by J. Pecover which deals with the conviction of Robert Raymond Cook for murder in Alberta. I have outlined the case, discussed the evidence and assessed the question of whether there was a wrongful conviction. In this post I will be discussing my reaction to the book and Cook’s execution.

The book is not structured how I wand to read the story of a real life criminal case. There is a foreward and an introduction that I avoided reading as I could tell had more information than I want before reading the complete book. The opening two chapters then summarized the events. The rest of the book fleshed out what happened and provided analysis. I would have preferred a narrative that was chronological either ending with the trial and appeals or going through the trial and providing back story as the evidence of witnesses was recounted.

The section of the book I found best written and most moving dealt with the appeals, the review with regard to commutation and the execution.

Despite the issues noted I was glad I read the book. I appreciated the scrupulous effort of Pecover to get the facts right and probe the evidence and the actions of the lawyers. The book also caused me to reflect on capital punishment, especially in Canada. It has been 55 years since there was an execution in Canada.

While the book did not convince me there had been a miscarriage of justice in convicting Cook I do not believe he should have been executed. I acknowledge I am biased in this area as I oppose the death penalty. At the time of Cook’s conviction in 1960 I would have been considered an abolitionist seeking the end of capital punishment.

There were numerous legal issues with regard to the conduct of Cook’s first trial. It appeared to me that the Alberta Court of Appeal chose but one of the grounds (the trial judge refused the defence’s application to recall a witness) available for overturning the conviction when they ordered a new trial.

If anything there were more issues with the second trial. It was unbelievable that the trial judge summed up the facts and law in a charge of half an hour to the jury. It was impossible for the judge to properly set out the law and the defences. He spent but a minute on the alibi defence.

Unfortunately the Court of Appeal was not willing to see a third trial take place. While criticizing the trial judge, especially with regard to his charge on the defence of alibi, they found the charges as a whole adequate and resorted to the section of the Criminal Code that allows a conviction to stand on appeal notwithstanding errors because “there was no substantial wrong or miscarriage of justice”. By invoking that clause they believed he was guilty.

Early in my career as a lawyer I argued an appeal in which the Saskatchewan Court of Appeal used the same clause to dismiss an appeal. It stung then and stings now. I consider that clause one of the worst sections in our Criminal Code.

The Supreme Court of Canada dismissed the appeal without even giving reasons.

At that point Cook sought a commutation.

It was remarkable reading the book how many people in the provincial and federal correctional services found it difficult to believe Cook could have committed mass murder and supported commutation.

Through the book Cook’s personality is of a likeable non-violent boy and man. What could have motivated him to commit mass murder is unknown. Pyschiatric examination did not indicate mental health issues. All I can say is that I have known people to do terrible things to family members because of emotional family issues that overwhelmed them.

Pecover also sets out how many in Alberta, despite the the murder of the family, did not want execution.

The civil servants who reviewed the case recommended a commutation.

Though he had little formal education Cook wrote an eloquent letter in support of his commutation. In his letter (his spelling) he said:

My appeal Sir is not one of mercy for a crime but for time wich will reveal beyond doubt innocence. I respectfully put it Sir, that when the facts replace the unaswerd questions and inference the err of this confiction will be proved.

It was a powerful misspelling that sets out the heart of his position when he wrote “confiction” instead of “conviction”.

The federal Cabinet made commutation decisions. The Prime Minister of the time, John Diefenbaker, was from Saskatchewan. A former defence counsel he was an avowed abolitionist. (In my review of Diefenbaker for the Defence by Garrett Wilson I set out a case where he had recommended a client pursue an acquittal rather than seek a conviction for manslaughter. His client was convicted of murder and hung.)

Prior to Cook’s application the Cabinet, essentially Diefenbaker, had commuted 26 of 32 convictions for capital murder but there was no commutation for Cook.

Cook had the misfortune of making his application shortly after a murderer from Calgary who had raped and killed a 10 year old in a church had his sentence commuted because he was clearly insane. There was intense public anger over the commutation. Despite protestations to the contrary it is hard not to think the earlier commutation had an impact on Cook’s application.

The substantial number of commutations for capital murder convictions by the Federal Cabinet of that time does illustrate the arbitrariness of the death penalty. Men and women found guilty of capital murder were hung or spared by politicians deciding whether to extend or withhold mercy.

Cook went to his death with dignity and courage. There is a moving statement by one of the two Lutheran pastors who spent the final four hours before the midnight hanging with Cook .

At the execution, moments before the hood was placed over his head, he said “Father, forgive them”. Cook was reciting the Lord’s Prayer with the pastors when the trap was sprung.
****
Pecover, J. - (2017) - The Work of Justice - The Trials of Robert Raymond Cook and Assessing the Evidence and Considering the Judgment from Causes of Wrongful Conviction